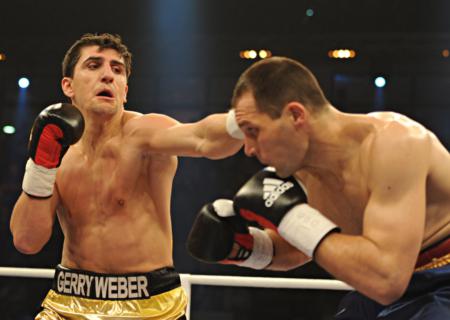 At the beginning of the sixth, Huck pounded Rossi with a combination of punches. Rossi eventually went down cold and laid on the mat for several minutes. The ref called the fight as soon as Rossi hit the ground.

After getting up, Rossi was taken away on a stretcher.