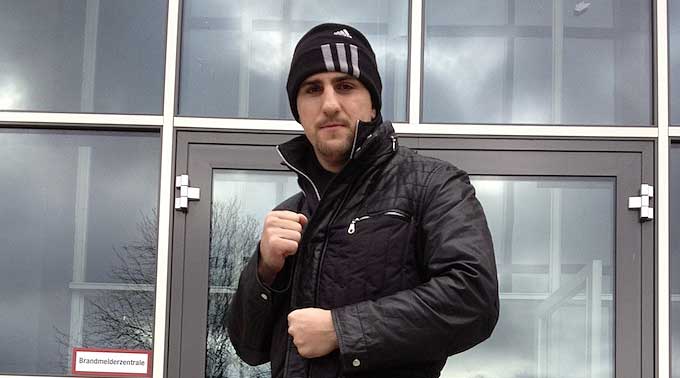 Huck: Povetkin is scared of the Klitschkos, I’m not

On February 25 in Stuttgart, WBO cruiserweight champion Marco Huck wants to become the first German world heavyweight champion since the great Max Schmeling when he takes on WBA regular champion Alexander Povetkin of Russia. “I’m very happy about the chance to fight the heavyweight world championship,” says Huck. “That to me is like winning the lottery. I really want to be the heir to Schmeling. But actually I see Povetkin only as a stopover on the way to the Klitschko brothers….I don’t understand why Povetkin has never taken the chance to climb into the ring against Wladimir. I think he’s afraid of the Klitschko brothers. I’m not.”

“I want to beat Povetkin, then compete against the two brothers. I know that Vitali and Wladimir are strong, and I respect their achievements. But I’m sure I can beat both of them. And anyway, what is it bigger than competing with the best? Why would someone enter the boxing ring if he doesn’t want to make the best possible fight? I can’t understand that.”

Huck is preparing in Berlin for his first fight as a heavyweight. “I’ve already gained the necessary pounds, I feel very comfortable with the higher weight. My energy levels have improved. I have more power than most heavyweights. At the same time I’m fast and physically in top condition. I’ll be training in the coming weeks as hard as ever. This is my big chance and I’m going to use it!”