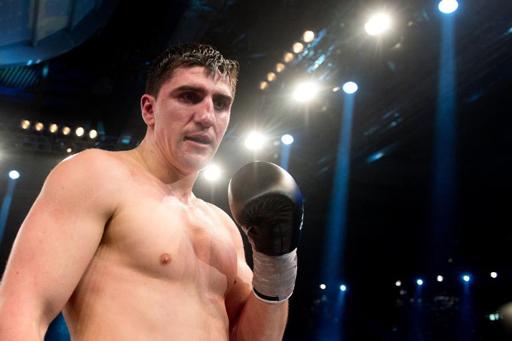 WBO cruiserweight Marco Huck has said he wants to step up to the heavyweight division to face Wladimir Klitschko, who holds four of the five world title belts. Huck, 29, defended his WBO crown with a sixth round knock-out of 43-year-old challenger Firat Arslan in Stuttgart on Saturday.

Huck wants another shot at a heavyweight title and his coach Ulli Wegner has said his fighter will be a champion in the division by the end of the year.

“My desire is to fight against the best in the world. And I hope the chance to fight Klitschko will now finally come,” Huck told SID.

Huck has already had a shot at a world title – when he lost on points to Russia’s Alexander Povetkin for the WBA heavyweight belt in February 2012.

“When I’m in top shape, no one in the world can beat me,” insisted Huck.

“Neither at cruiserweight nor at heavyweight. I can only beat myelf.”

Huck tried to convince the doubters that he was capable of taking on the 37-year-old Klitschko.

“They want to see a Huck show because they know that at any minute, anything can happen.”

Huck’s performance in Stuttgart backed up his words as he took control of the fight from the fourth round, then unleashed a devastating volley of punches in the sixth.

He put Arslan on the canvas twice before the referee stepped in to stop the bout with more than a minute of the round left.

Beating Arslan, who suffered the eighth defeat of his career, and dethroning Klitschko are two entirely different propositions and Huck will need the performance of his career.

Huck will be giving away four inches in height (10 cms) and having weighed in at 199.5 pounds (90 kgs) for Saturday’s fight, he would need to bulk up.

Klitschko weighed in at 241 pounds (109kgs) for his unanimous points win over Povetkin in Moscow last Octber.

But the Huck camp are certainly talking themselves up.

“Marco will be a heavyweight champion by January 1 2015,” said Huck’s trainer Wegner.

“But we are not a one-man operation and have it all cleared with our management.”

With Vitali Klitschko’s WBC heavyweight title now vacant after his move into Ukrainian politics, Huck could well challenge for the title.

And Wladimir Klitschko, who holds the WBA, WBO, IBF and IBO belts, has vowed to keep the WBC title in the family.