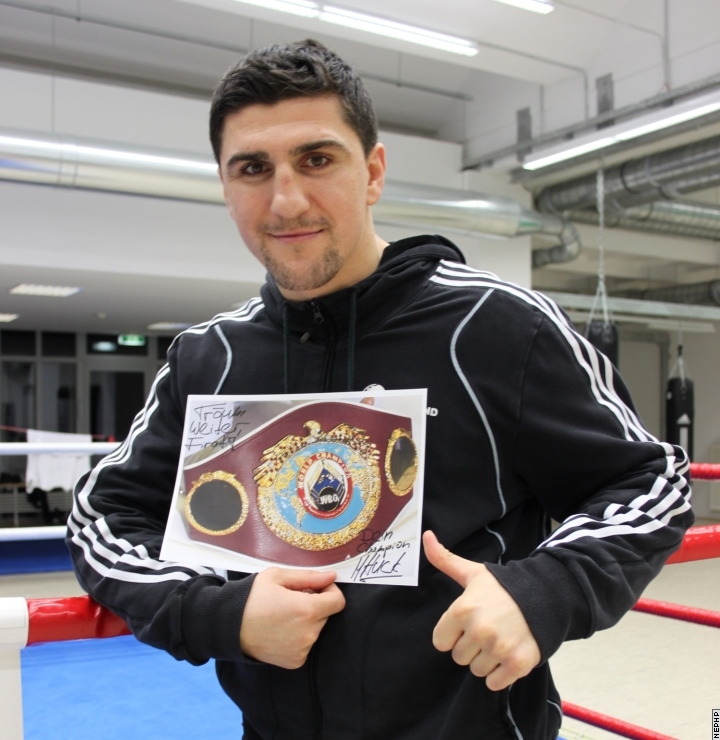 Some 15 months after their first fight, Marco Huck and Firat Arslan are chomping at the bit heading into their cruiserweight title fight rematch, which takes place January 25 in Stuttgart, Germany.

Huck, a long-reigning cruiserweight titlist, was considered fortunate to escape with his crown still intact during their Nov. 2012 clash, which saw the then-42 year old Arslan deliver a surprisingly strong performance only to come up short on the cards.

“I am feeling like the world champion since my first fight against Marco, which I actually won,” Arslan stated during media day last week in Germany. “Now it is time to collect my belt from him.”

Ever the competitor, Huck didn’t take too kindly to the suggestion.

Huck is set to hold media day on Tuesday in Germany while putting the final touches on preparation for his 12th title defense of a reign dating back to Aug. 2009. Despite his struggles in their first fight, Huck, 29, believes the night served as one last great performance from his middle-aged challenger and that the rematch will set things straight.

“My stamina as well as my physical strength is reaching new heights. My explosiveness is unquestionable and I also advanced in terms of technique and tactics,” Huck insists. “Firat Arslan cannot have a better performance than in our first meeting. With 43 years of age, his career (has reached its best)… while I am in my prime.”