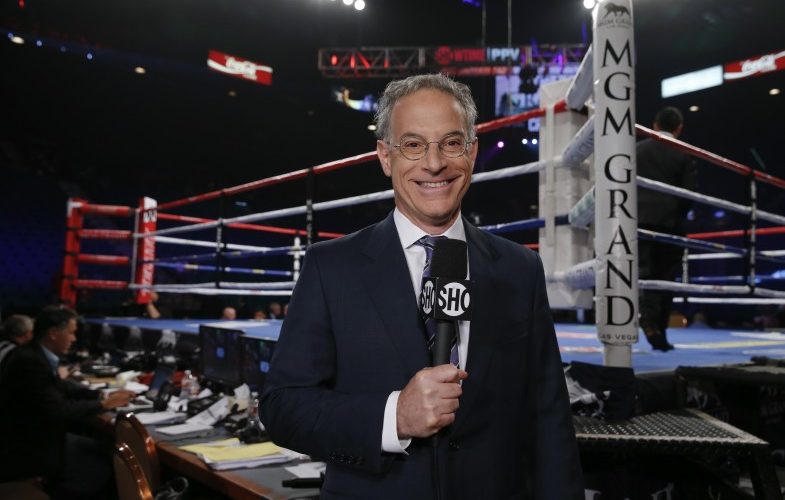 International Boxing Hall of Famer Steve Farhood celebrates four decades in boxing this Tuesday, exactly 40 years since he started working exclusively in the business in 1978.

After launching KO Magazine in 1980 and serving as editor-in-chief of The Ring Magazine for nearly a decade, Farhood joined SHOWTIME in 2001 and has been a staple on the ShoBox: The New Generation series since its inception more than 17 years ago.

Over the past 40 years, Farhood has nearly seen it all in the Sweet Science. Now, as he prepares for consecutive Fridays of ShoBox telecasts, the lifelong New Yorker lists a handful of mythical matchups he’d love to see, regardless of the generation.

Roberto Duran-Alexis Arguello (lightweight): They were both 135-pounders, just not at the same time.

Sugar Ray Robinson-Sugar Ray Leonard (welterweight): Biggest crime in boxing history: There’s no video of Robinson as a welter, when he was at his very best.

Jack Dempsey-Rocky Marciano (heavyweight): Boxing’s big men were smaller back in the day, but pound-for-pound, nobody hit harder than these two.

Marvin Hagler-Carlos Monzon (middleweight): All-timer vs. all-timer. My guess: Monzon’s style would be all wrong for Hagler. Match B-Hop (Bernard Hopkins) with the winner.

Salvador Sanchez-Eusebio Pedroza (featherweights): My opinion on this delicious matchup of Hall of Famers is an unpopular one: Pedroza wins on points.

Wilfredo Gomez-Manny Pacquiao (junior featherweights): In the early-‘80s, Gomez was as close to a perfect fighting machine as there was. But would his chin hold up vs. a 122-pound Manny?