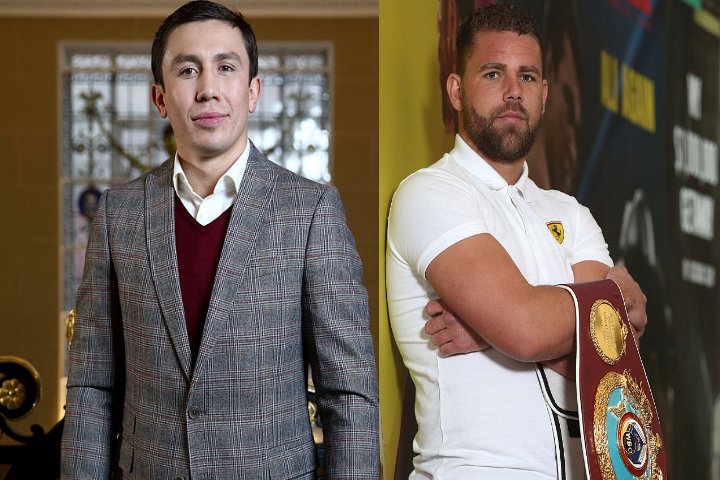 Golovkin: Billy Joe Saunders is The Last One, It is My Dream! All the talk if Gennady Golovkin successfully defended his IBF, IBO, WBA, WBC middleweight titles against Danny Jacobs was centered on GGG finally getting in the ring with Canelo Alvarez. Now, there might be another big-money possibility after Saturday night’s close decision win: a rematch with Jacobs.

Actually, Golovkin most likely will next fight England’s Billy Joe Saunders, who owns the only belt in the weight class not in the Kazakh’s possession, the WBO’s version in the alphabet soup of championships. That could happen in Golovkin’s home country in June during the EXPO 2017 – a world’s fair type event .

Golovkin likes that idea, though it wouldn’t be a lucrative payday. The idea of completely unifying all the middleweight crowns is enticing for the 34-year-old power puncher who, for the first time in 24 fights did not stop an opponent. He outpointed a crafty Jacobs at Madison Square Garden.

GGG hasn’t fought at home since 2010, when he won the WBA crown against Nilson Julio Tapia. It simply hasn’t been a profitable place for boxing, though his handlers think there potentially could be a bigger purse during the expo.

The elephant in the ring, though, could be Jacobs. Nicknamed ”Miracle Man,” after overcoming bone cancer in 2011-12 to win 10 straight fights, he nearly pulled off the huge upset. In doing so by keeping GGG off-balance – Jacobs’ periodically switching to a left-handed style was a very effective tactic – and closing with a flourish, He put himself in the mix for another go with Golovkin.

”They want the big fight and Daniel Jacobs got X’d out,” he said. ”I am looking forward to the future; I think I gained a lot of fans. My style is good, I am a fan-friendly guy, and I thought I won the fight.”

Jacobs didn’t, barely. But he won tons of support, particularly after getting off the canvas in the fourth round and not just surviving but prospering. He won the last three rounds with two of the judges, and two of three on the other card.

”After the knockdown, I told him he had to kill me,” Jacobs said. ”When I got up I thought, ‘This is all he has?’ There were many times during the fight I went toe to toe because I knew I could.”

Going toe to toe with GGG again is not in Jacobs’ control. But at least he remains in the conversation.