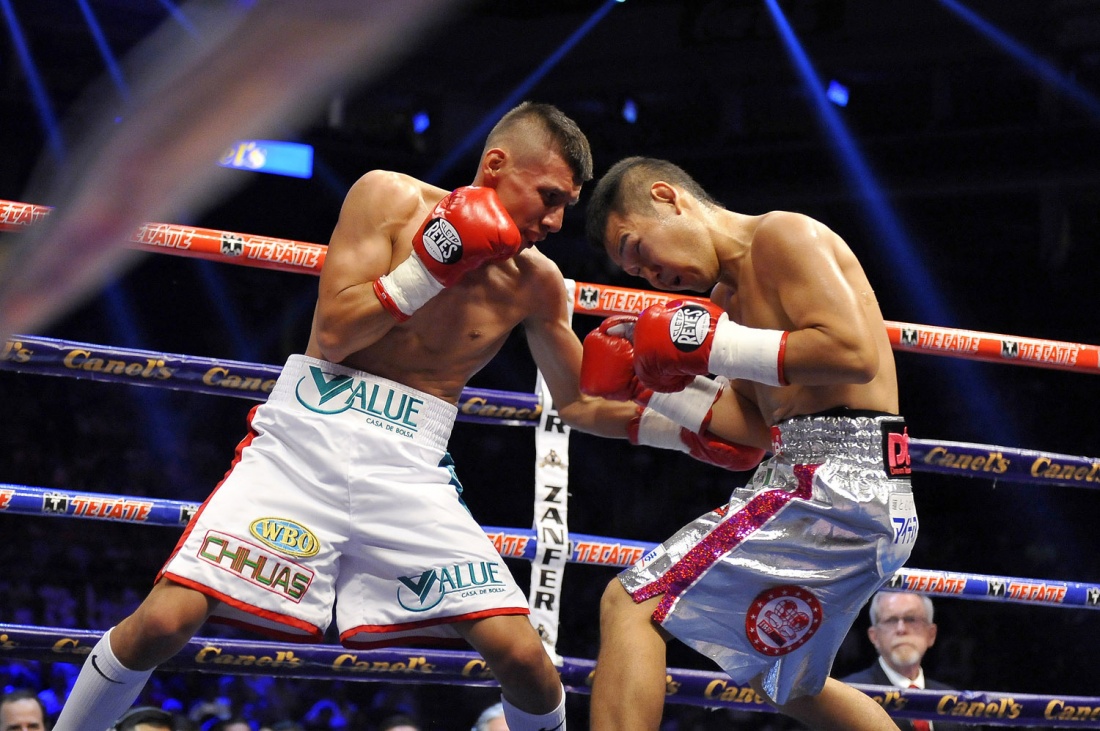 Though 2014 has proven to be a steady year in boxing, a solid frontrunner for Fight of the Year had yet to emerge. Until Saturday night, that is.

While American fans had to settle for the unpopular mismatches that were Danny Garcia-Rod Salka and Lamont Peterson-Edgar Santana, a battle for supremacy at 105 pounds was taking place south of the border.

In the end, Francisco Rodriguez Jr. (15-2, 10 knockouts) had done enough to unify his WBO strawweight title with Katsunari Takayama’s IBF belt with a unanimous decision at the Arena Monterey in Monterey, Mexico. The scores didn’t tell the story of how close the action was, as Rodriguez won by the tallies of 115-112, 116-111 and 119-108.

The 21-year-old Rodriguez, who had won the title with a one-sided pounding of Merlito Sabillo in March, came out aggressively – as is his trademark – while Takayama, 31, was looking to box and counter.

The inventive angles of Rodriguez’s attack finally paid dividends in the third stanza with a left hook that put Takayama down, and after rising to his feet the Japanese titleholder clearly felt it imperative to make a return statement. Realizing how dire his situation was becoming, Takayama (27-7, 10 KOs) looked to put some hurt on the heavier-hitting Rodriguez, outthrowing and outlanding his foe in the fourth.

Takayama reverted to his original plan to box in the fifth but Rodriguez’s continuous pressure would not allow Takayama to remain comfortable for long stretches. The back and forth action continued along the same pattern for the remainder of the fight, with Rodriguez’s heavier shots going against Takayama’s lighter, more voluminous punches.

Both men seemed weary in the final round, and though the cards indicated that only a knockout could’ve won it for Takayama, both fought as if the fight was hanging in the balance. After roughhouse maneuvers drew a warning from the referee for Rodriguez, the Mexican banger stunned Takayama with another right hand.

The win marks the fourth straight for Rodriguez, who has emerged as a major player in the sport’s lightest divisions after being stopped in seven rounds by Roman Gonzalez last September. Heading into the fight, Takayama was rated no. 4 by THE RING at 105 pounds while Rodriguez was rated sixth.