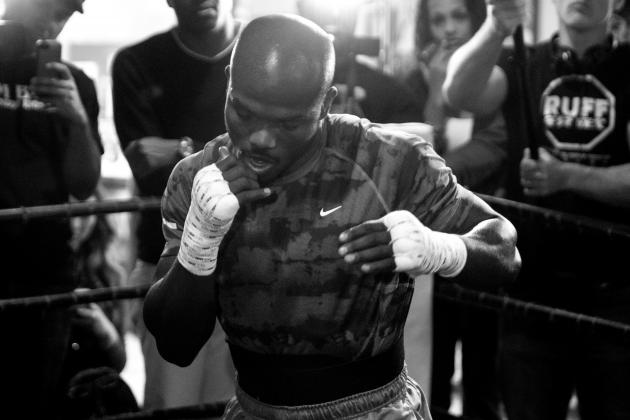 Two years after defeating Manny Pacquiao in one of the most controversial decisions in modern history, Timothy Bradley Jr. will get the chance to prove his critics wrong in Saturday’s rematch at the MGM Grand Garden Arena in Las Vegas.

Bradley (31-0, 12 KOs), who won a split decision over Pacquiao (55-5-2, 38 KOs) in June 2012, defends his welterweight title and unbeaten record in this highly anticipated rematch. The 30-year-old says he has gained strength to go for the knockout and hopes to retire the Filipino icon. Bradley believes that his recent wins against Ruslan Provodnikov and Juan Manuel Marquez support his claims to being one of the best pound-for-pound fighters in the world.

Beyond his predictions, if he wants to beat Pacquiao, Bradley should consider the following keys:

Bradley doesn’t always employ an attractive style, but he wins and has continued to do so often enough that he’s starting to look convincing as one of the best in the world. Adjustments to his style have given him more power and consistency; his wins over Provodnikov and Marquez are proof enough. Against Pacquiao, he shouldn’t change the script, except for the necessary increase in punching volume to avoid the controversies of their first battle.

Look for the KO:

Pacquiao is not his former self. His busy schedule outside the ring and the weight of the years are taking a toll. He was recently knocked out by Marquez and then pulled a clear but unimpressive win against Brandon Rios. Bradley has strengthened the power of his punch and has talked at times about going for the knockout. Trying for it only when the moment is right might not be a bad idea. Bradley’s well-timed power shots could force Pacquiao to avoid taking risks as a way to avoid ending up on the canvas.

In a fight between two even combatants that threatens to go the distance, the fighter who manages to impose his rhythm will have a clear advantage in the eyes of the judges. Bradley is better positioned to prevail in this area. Setting the distance with his jab and disrupting his opponent’s quick movements with side exits should be a priority.

Against Provodnikov, Bradley wanted to prove to his detractors that he could win an exciting fight by exchanging power shots at close range. That was how he defeated the Russian, but the cost could have been too high, as he left the ring and went straight to the hospital because of a concussion. Pacquiao is a fighter of a higher class than Provodnikov, and in the past he has proved his ability to respond to enemy fire with his own best artillery. Bradley shouldn’t employ the same strategy of standing and trading with Pacquiao for long periods of time or his game plan might seriously backfire.

Listen to your corner:

This will be a battle of strategies in which the winner will develop the best game plan. In this regard, Joel Diaz, Bradley’s trainer, is an excellent strategist. It isn’t an accident that Bradley has come this far to join the elite group of boxing’s best. His fights have always featured strong game plans. Both victory and defeat, and credit or blame, will be in large part awarded to Diaz.