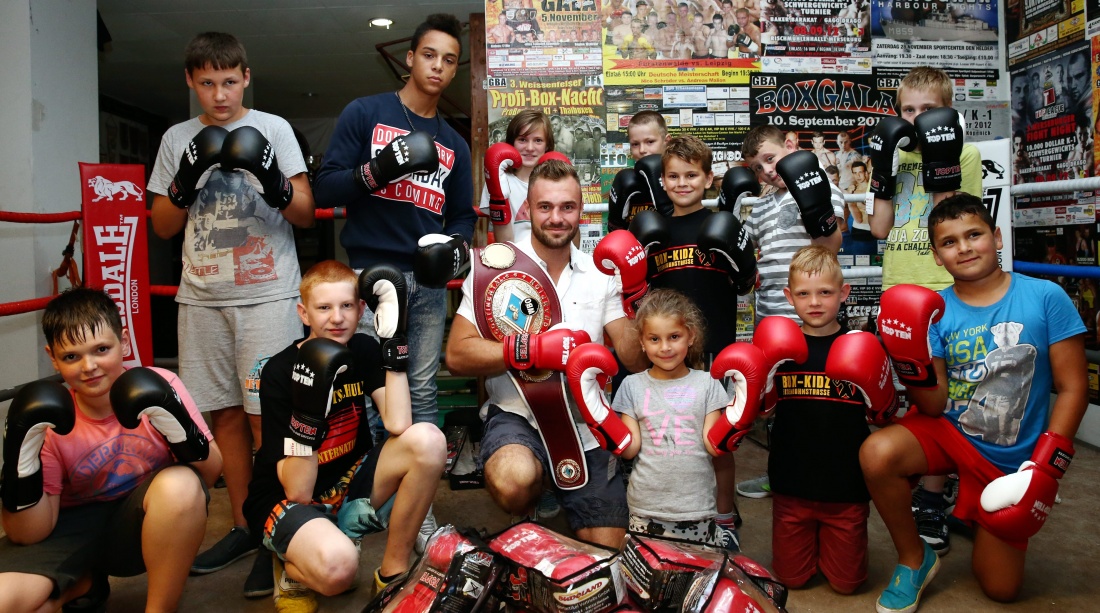 “My first own boxing gloves” – the action of Dominic Boesel, SES Boxing and TopTen continues

The action “My first boxing gloves” for young boxers in Germany continues.

Even during the winter months some boxing clubs were equipped in a joint action of initiatorDominic Boesel, the WBO Intercontinental champion and WBO #1 at light heavyweight, and SES Boxing with TopTen gloves. Glowing eyes of children and young people from the youth sections of SV Lindenweiler, the Ha-Neu BSG boxes (SKC TABEA Halle) and the BC Döbeln were, of thanks and so this particular conveying action for boxing continues.

Now children and youth were yesterday in Leipzig Sportschule International surprised with the first own gloves boxing TopTen / Budoland. The joy was huge andDominic Boesel had his fun with the boys and girls aged 6 to 14 years.

Dominic Boesel: “If you are very successful in sport, you have to look back to your sporting roots. For me a good boxing innovative training was the best starting point under good conditions. I am very grateful to this day and with our action, I would like to give something back and so also pay today’s youth for a good athletic position at least once before the first own boxing gloves. Even in the first handovers the shining eyes and the gratitude of the boys and girls have touched me. Today in the Sportschule International here in Leipzig it was similar emotional. Sometimes it is as easy to make something happened for the boxing scene of the future!”