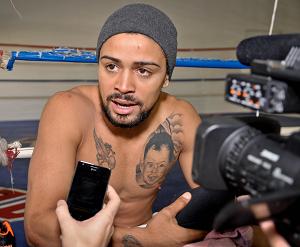 Vazquez vs. Marquez could become a WBO Eliminator According to Wilfredo “Papito” Vazquez (21-2-1, 18 KO’s), he spoke to Francisco “Paco” Valcarcel, president of the WBO, and received great news regarding the upcoming bout against Mexico’s Rafael Marquez on Oct. 6 in Bayamon, Puerto Rico. The winner will apparently fall in line for a crack at the WBO champion at 122-pounds, Nonito Donaire.

Donaire decisioned Vazquez earlier this year to win the vacant WBO belt. Donaire defends the WBO belt, and the IBF, against Toshiaki Nishioka on October 13th.

“It is encouraging but I have to focus on Marquez, who is still a very dangerous fighter. I am grateful for those words but first I have to [beat] Marquez,” he said.

The fight was previously set to take place in August, but a hand injury by Marquez pushed it back to October. He doubts the hand injury was a trick to break his training focus.

“They know I’m a dedicated guy who does not smoke or drink or stay out. I’m in my house and what they did was a favor. I had the opportunity to rehydrate, returned to eating properly and I feel strong. What he gave me was the energy to train,” Vazquez said.