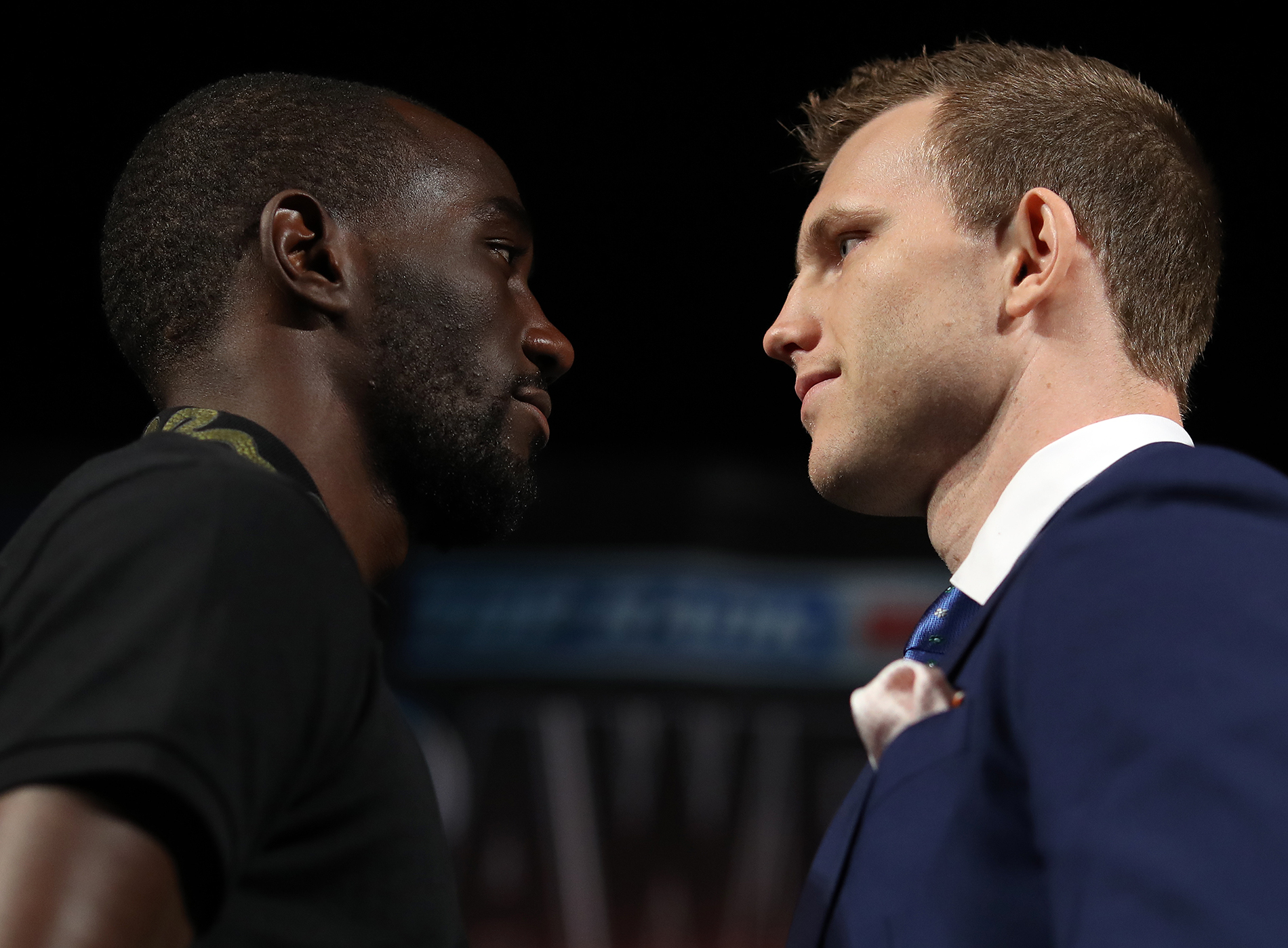 This is what the main event fighters had to say at Thursday’s press conference.

“He’s viewing me as this small welterweight. Come fight night, he’ll see otherwise. I just feel like that’s good for him. He’s coming in hungry and determined, and that makes for a good fight. I’m going to be prepared for whatever he brings. Come Saturday, he might get hurt.”

“I’m bigger. I’m stronger. I’m in my prime. And that’s gonna show come Saturday. A lot of people are comparing how he pushed around Pacquiao, but that’s not me. Pacquiao is 5’5, I believe, 5’6. I feel like you’re viewing that and comparing the Gamboa fight, when I got hurt, to this fight. I’ve seen him get hurt. I’ve seen him get dropped. We’re gonna see come Saturday night who’s gonna be getting rocked and dropped.”

“I got a strong will as well. Pressure breaks pipes. A lot of people came into the ring with me with a strong will, and they left with their tail tucked in.”

“I’m surprised I’m as big of an underdog as I am for the fight. I’m not surprised I am the underdog. Terence Crawford is a great fighter, pound-for-pound, wiped out the super lightweight division. That’s a tough division as well. I’ve made this mistake before. I underestimated a guy that was slightly smaller than me – in the amateurs – and he knocked me down a couple times. I won’t be making that same mistake. Terence, I know he’s put on the size. He’s going to be a nice, strong welterweight. I can’t wait to get in there and prove the doubters wrong.”

“That guarantees a win if you knock the other guy out. If you search for it too much, that’s when it doesn’t come. You can’t just be looking for the knockout all the time, and I just have to fight the best fight I can and rely on even scoring. I feel like back home {against Pacquiao} it was even scoring, and I feel like it will be the same here.”

Crawford vs. Horn and Pedraza vs. Moran will be streamed exclusively on ESPN+ beginning at 9:30 p.m. ET., while the undercard, including Stevenson-Mesquita, Benavidez-Rojas, Nelson-Webster, and Flores-Rojas will be shown on ESPN+ starting at 6:30 p.m. ET.

Use the hashtag #CrawfordHorn and #PedrazaMoran to join the conversation on social media.
About ESPN+