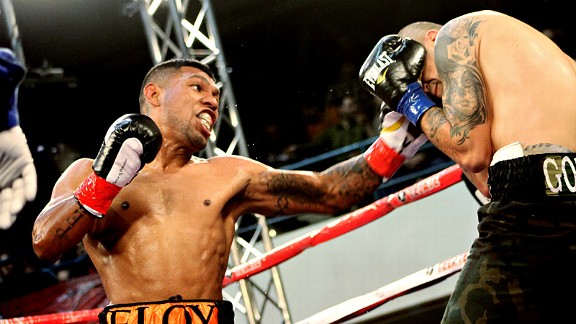 n an unfortunate development, a source close to the situation has advised BoxingScene.com that Eloy Perez has tested positive for cocaine following his fourth-round stoppage loss to Adrien Broner in St. Louis on February 25.

Team Perez reportedly received a letter from the Missouri commission on Monday stating the positive result.  His license will be revoked indefinitely pending a hearing.

The Garcia Boxing Management Team, which handles Perez, gave BoxingScene.com this statement when asked about the matter:

“On Monday, March 12, Garcia Boxing has released Eloy Perez of any contractual obligation.  Due to pending matters, we are not at liberty to discuss his personal or professional conduct.”

Come back to BoxingScene.com later for more information as it becomes readily available.