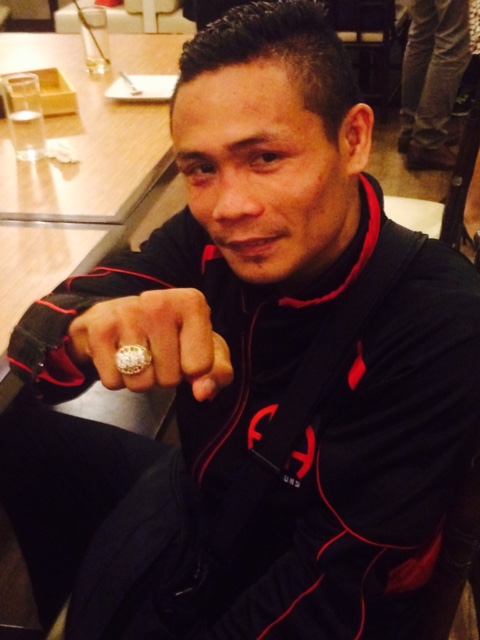 IT WAS no ordinary boxing bout Donnie Nietes won in retaining his WBO junior flyweight crown in Cebu City on Saturday.

When he got tagged with a hard shot to the head in the 10th round, Nietes tarried and took a deep breath. He appeared on the verge of exhaustion.

How he moved back into the fray, to gamble on an injured hand in the 11th before dominating the 12th round, is the story of a quiet and unassuming Filipino champion gallantly retaining the Philippines’ lone remaining world boxing crown.

Michael Aldeguer, top man at ALA Promotions, said on the eve of the championship bout that expectations were bound to be surpassed, going by the quality of the competition.

After the tight tactical battle, which saw leads shifting sharply, it won’t be an exaggeration to say that they ended up serving what could qualify as a superfight.

The bout could have gone either way until Nietes, who injured his right hand in the sixth round, put up a masterful display of sharpness, courage and composure.

Of course, the fight did not bring with it monumental purses. That could be a prerequisite for a bout that comes to be called a candidate superbout.

It was, however, rich in great exchanges, full of suspense, a real thriller.

What it lacked in dollar decimals, it more than made up in memorable combat.

Losing mandatory challenger Francisco Rodriguez, his nose busted and bleeding, predictably protested and cried he should have gotten the decision.

He, however, laughed off the scores of the second and third judges who gave Nietes final leads of 10 and eight points,  thereby making it appear there was a mismatch. Garcia claimed the 115-113 score submitted by the first judge was apt.

For the record, the taller, ever-charging Rodriguez gave Nietes some tough time with his swarming offensive.

It was just too bad that, unlike Nietes, he lacked necessary defensive skills.

By the way, there was WBO president Paco Valcarcel presiding gleefully over the awarding of belts.

He sure was never remiss in claiming before the championship that Nietes, who always comes out to fight, is a future Hall-of-Famer.