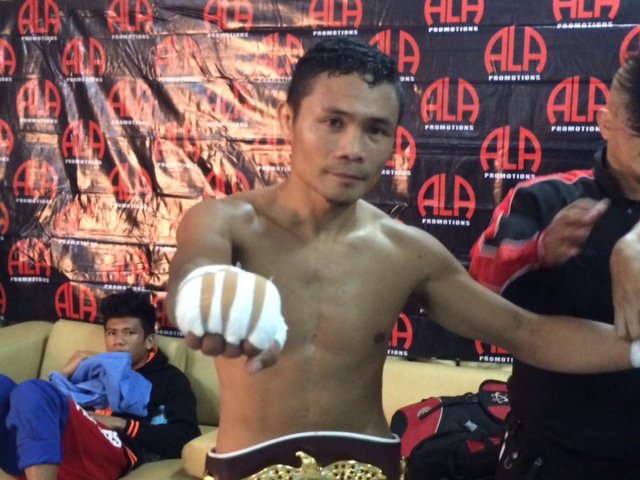 Tom Loeffler’s 360 Promotions has announced details of the highly anticipated return of the widely acclaimed SUPERFLY series set for Saturday, September 8 at the “Fabulous” Forum in Los Angeles, CA. The triple-header will be televised live on HBO Boxing After Dark beginning at 9:45 p.m. ET/PT.

Nietes, who has won the WBO Mini Flyweight and WBO Jr. Flyweight World titles is looking to be crowned in a third division by the WBO, with a victory over Palicte in the Jr. Bantamweight division. ( Nietes has also won the IBF Flyweight World Title )

“We’re very excited to make this announcement today for SUPERFLY 3”, said Loeffler. “Our first two Superfly cards were among the most well received international boxing events over the last year.”

“Since our last SUPERFLY card in February, boxing fans and media have continuously asked me when the next card is taking place. The fights that have been presented in this series have provided non-stop action and an unparalleled in-arena atmosphere for boxing.”

“Fans were also treated to a sensational performance in February by Donnie Nietes winning his third world title and facing his rival countryman Aston Palicte at SUPERFLY 3 will provide fireworks from the opening bell.”

Fighting in the Los Angeles for the third time in recent years, Donnie Nietes thrilled the local Filipino fans with a seventh-round knockout over Juan Carlos Reveco at SUPERFLY 2, his tenth straight victory. Incredibly, Nietes has not suffered a loss since September 2004.

One of the Philippines most popular fighters over the last fifteen years, among the victories on Nietes’ ledger are wins over Edgar Sosa, Raul Garcia, Ramon Garcia Hirales, Manuel Vargas, Juan Alejo and Gilberto Parra.

The 27-year-old Aston Palicte will be fighting for the third time in the United States. In his U.S. debut, he won a 10-round decision over then undefeated Oscar Cantu on December 17, 2016 in Las Vegas. Following that up on December 8, 2017, the all-action Palicte knocked out Jose Alfredo Rodriguez in the fifth stanza in Round Rock, Texas.