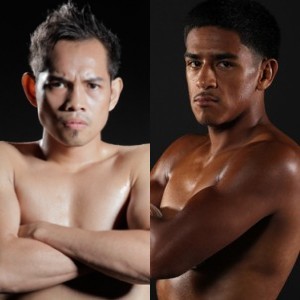 DONAIRE’S NEXT TITLE DEFENSE IN CEBU OR DUBAI The sensational crowd of over 23,000 who watched WBO super bantamweight champion Nonito “The Filipino Flash” Donaire successfully defend his title with a dominating 3rd round TKO over No. 4 ranked former Hungarian Olympian Zsolt Bedak and the huge 25.4 TV ratings on ABS-CBN Channel 2 has attracted the attention of Top Rank promoter Bob Arum who had to skip the fight because of a bad back but sent executive producer Brad Jacobs to represent him and saw how ALA Promotions and ABS-CBN combined to present a world class event.

The result is Top Rank wants to continue to relationship in staging Donaire’s next title defense also at the sprawling Cebu Sports Center or in Dubai where ALA Promotions and ABS-CBN have staged highly successful “Pinoy Pride” events in the past at the International Trade Center.

However, if the next title defense of the five division world champion is staged in Dubai it will be at one of the larger venues in the United Arab Emirates.

The two possible opponents are both handled by Top Rank – WBO No. 1 ranked super bantamweight, unbeaten Jessie Magdaleno or undefeated featherweight Oscar Valdez who has a fight lined up for him on July 23 at the MGM Grand Garden Arena possibly against WBO featherweight champion Vasyl Lomachenko which leaves Magdaleno as the possible challenger especially after he told Steve Kim of Boxing Scene “I would love a crack at Donaire next, “who’s record now stands at 22-0(16 KO’s).

Magdaleno said “I’ve been waiting for awhile and now that he (Nonito) has a WBO title, I want it even more.”

Magdaleno’s complemented Donaire as “a great fighter, I feel like he did what he did in boxing already and he put on a great show Friday night (when he beat Cesar Juarez to win the vacant title but I feel like his time is done and it’s time for the new generation to make their mark in the history books and in boxing and feel like that fighter who can do that.”

Magdaleno’s manager Frank Espinoza told BoxingScene.com that he and promoter Bob Arum had spoken about a possible title fight and they both liked the idea saying” I think Jessie is more than ready to step up at this point.”

Both Donaire and Magdaleno are promoted by Top Rank but Arum said that while he is more than willing to make the fight he has one condition that “We have to have a clear understanding and a program that (Jessie) is going to be able to make the 122 limit because his last three or four fights he’s been way over the limit and we can’t tolerate that.”

In his last fight on October 17th Magdaleno came in at 127.5 pounds stopping Filipino Vergel Nebron in one round and Arum insisted “I’m not going ahead with that fight unless I have complete assurances plus a plan, a nutritionist, that he’s going to make the fight.”

But the veteran promoter likes the idea of this match-up saying “I like the fight because it’s a fight that resonates in Las Vegas, both of the guys live in Vegas.” As for when Magdaleno fights again the 24-year old southpaw explained, “It’s in the works, right now.“