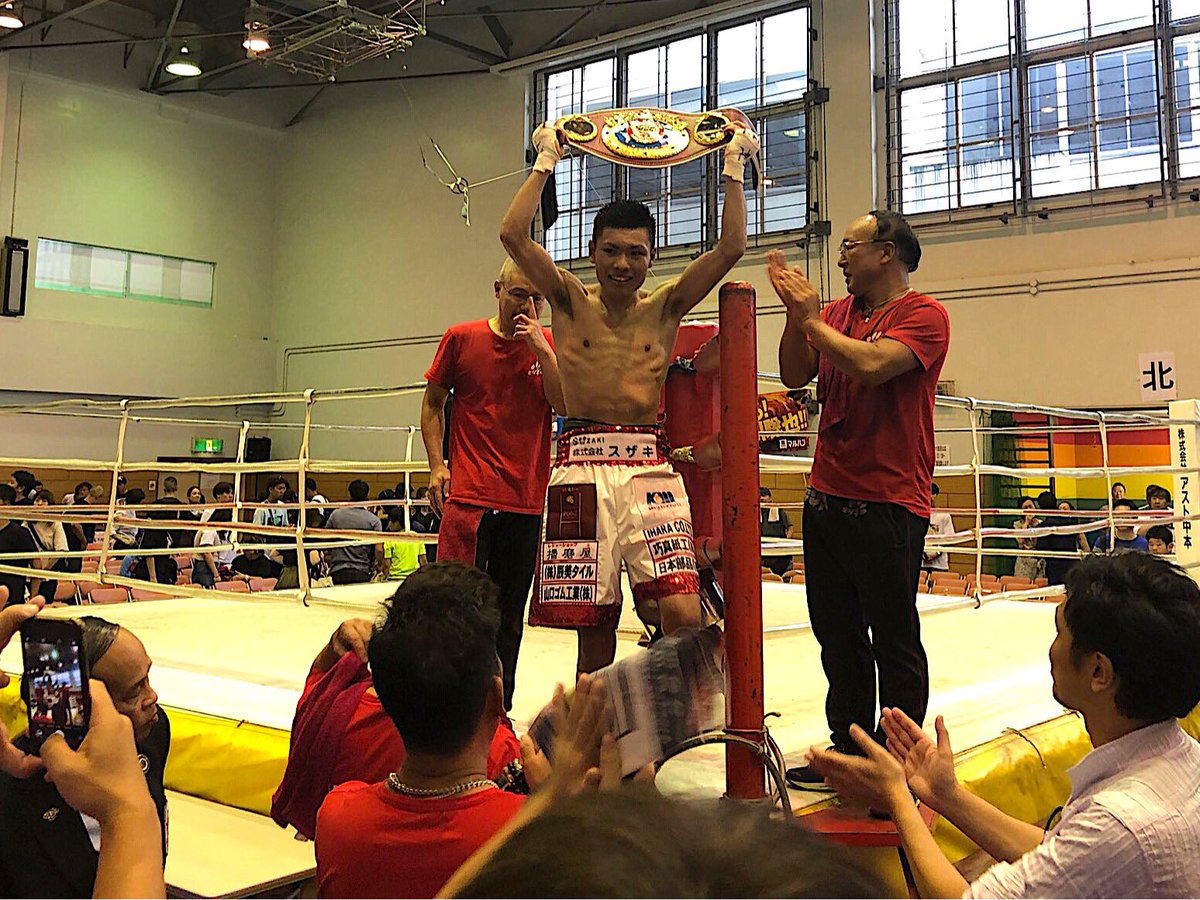 Right now there are so many fantastic young Japanese fighters making a name for themselves in the lower weights that it can be easy to over-look some of them.

One fighter who was perhaps getting over-looked a little was Daiki Tomita (14-1, 5) [冨田 大樹], who hadn’t received much attention since losing in an OPBF title fight to Tsubasa Koura last year. Today however Tomita reminded people what a talent he was, as he became the new WBO Asia Pacific Light Flyweight champion, beating Hayato Yamaguchi (15-8-1, 2) [山口 隼人] in Sakai City.

The talented Tomita took control of the bout early on, using a sharp jab to control the bout at range. Yamaguchi tried to apply pressure, fighting behind his own jab, but he struggled to have any sustained success due to Tomita’s educated lead hand. Even when Yamaguchi did get close, with the intention of landing body shots, his success was quickly neutralised, with Tomita landing solid shots to Yamaguchi’s mid-section.

As the bout went on the head shots of Tomita began to take their toll on the face of Yamaguchi, who was swollen and cut in the middle rounds. Yamguchi showed no quit, despite the marking on his face getting worse, and he actually had his best success in the middle rounds as the bout began more of a gruelling inside battle. It was however a draining effort for the veteran who became desperate, but also slowed from the body shots he’d taken through the bout.