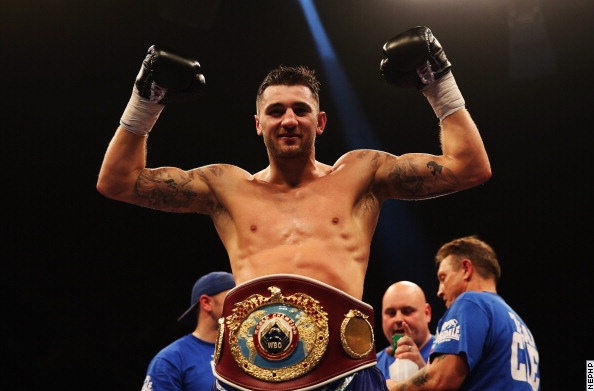 To be totally clear, due to the Fury-Cunningham fight, I did not see the first five rounds. But Krasniqi, while tough and staying in there the whole was, just wasn’t good enough to deal with Cleverly’s activity and speed. Cleverly (26-0, 12 KO) looked sharp from what I saw, and though there could fairly be criticism that he didn’t finish the fight, that’s short-sighed, I believe, and I’m a Cleverly critic in some ways. He outclassed Krasniqi (39-3, 15 KO) and won the fight handily.

Cleverly did address the one thing most likely to be noted as a con about his performance.

“The only thing missing was the finish. I thought he was going to go a few times, but he dug deep, and he stayed the full 12 in there,” Cleverly said after the fight.

Cleverly will be back in July, according to promoter Frank Warren, and it appears he will fight another mandatory challenger, Juergen Braehmer. It remains a hope that he will unify with Bernard Hopkins later this year.