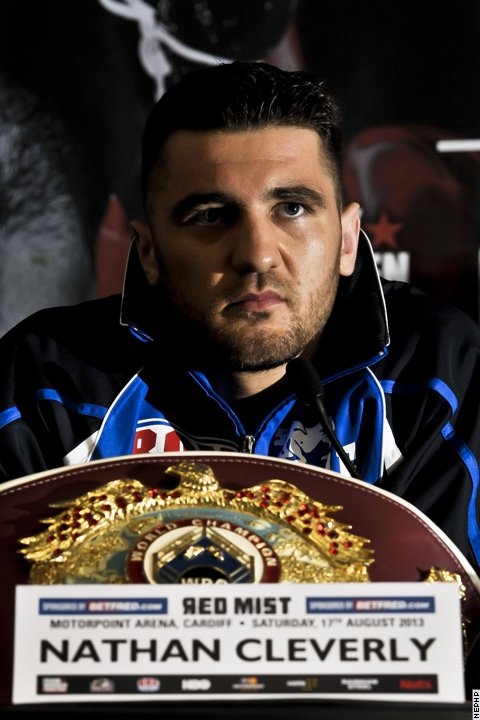 Cleverly: Kovalev won’t be able to hit what he can’t see WBO light heavyweight champion Nathan Cleverly (26-0, 12 KOs) spoke to the press today about his showdown against Sergey Kovalev (21-0-1, 19 KOs) at Cardiff’s Motorpoint Arena. “August 17th can’t come quick enough for me,” said Cleverly. “Kovalev has built this reputation of fear for his devastating knockouts, which to anybody looks pretty impressive. When I saw the KOs it excited me and I said ‘I’ve got to have this guy.’ I’m actually looking forward to getting in the ring with him and seeing what he’s got. He’ll be looking to take my head clean off and I Iove that feeling of having the adrenalin surging around my body. I’ll have the fans watching in the arena and the viewers watching live on BoxNation in the UK and on HBO in America, it’s a lot of pressure, but I thrive off it and the better I’ll perform. He won’t be able to hit what he can’t see and I’ll be throwing five, six, seven punches to every one punch he throws. One things for sure this will be an exciting fight and I’ll have a new army of fans on both sides of the Atlantic after it.”

Cleverly defends his title for the sixth time against Kovalev.