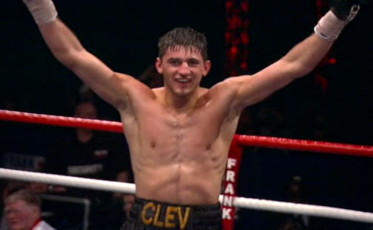 World Boxing Organization (WBO) world light-heavyweight champion Nathan Cleverly expects the Welsh and British boxing fans to be at their very best when he makes his long awaited homecoming on February 25th.

Cleverly will face American Tommy Karpency in the 3rd defence of his world title as he headlines the Motorpoint Arena in Cardiff. He’ll be fighting in front of his own Welsh fans for the first time in 4 years and there are just a few hundred tickets left before the show sells out.

Despite it being the first time that Cleverly will have headlined a show in his homeland, he’s aware that he mustn’t fall for the pitfalls of fighting at home.

“It would be very easy to get carried away once I hear the atmosphere. It would be easy to slip off my plan and go all guns blazing. But I know I can deal with the occasion and the pressure and I’m looking forward to going out and enjoying myself.” said Cleverly.

In the opposition corner will be Karpency and Cleverly is sure that he’ll have not seen any crowd like it before.

He said, “When Karpency hears the atmosphere from the crowd and then he has to deal with me putting it on him in the ring when the first bell goes then he knows he’s in the deep and it’s going to be a very difficult night for Karpency all round.”