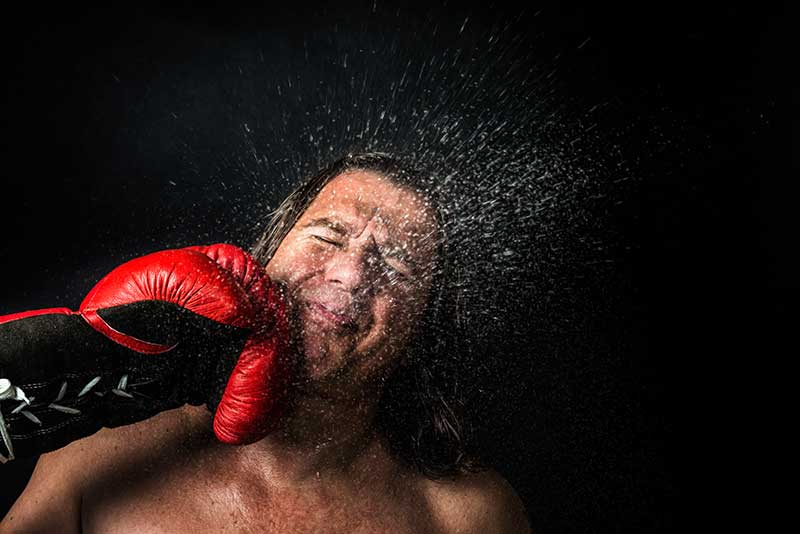 Can boxing be made safer? Yes but the culture needs to change

Disclosure and Disclaimer: N.K Sethi serves as Chief Medical Officer for the New York State Athletic Commission (NYSAC). The views expressed are his only and do not reflect the views of the NYSAC.

Recently the boxing world has been mourning the loss of a number of boxers in the ring or in the immediate aftermath of a bout. As physicians we take an oath to always protect the health of our patients and while ringside medicine is practiced in a different arena than within the confines of a hospital or ER, our duties and obligations to protect the health and safety of the fighters should never waiver for when they enter that ring or cage, they entrust us with their most precious possession of health. Few realize the pressures doctors work under at ringside. Once I had to make the difficult decision to stop a bout on medical grounds with only 30 seconds left on the clock in the last round. I stopped the fight only to be berated by the fighter’s corner like I have never been before. The F word was used repeatedly for what I had done and I was told in rather colorful language of what they thought of my action. I remained calm and stepped away after ensuring the fighter was safe.

As I see it, when I “hung up my gloves” at the end of a long night, I had the satisfaction of knowing that I had done the job which I am entrusted with to the best of my capability. That job is to protect my fighter first and foremost. As a fan, yes I may see it differently and want the fight to go down to the end but we are not there in the capacity of a fan of the sport, we are there as doctors with one and only one job to protect the fighter.

Yes 30 seconds in boxing do matter. In boxing one punch can be the difference between life and death. One punch can kill! So while we as ringside physicians endure the wrath of the corners, the media and sometimes the fighter himself let us not let this discourage or intimidate us to comprise on fighter safety. In the end there is nothing like going to bed with a feeling of a job well done.

We have to continuously strive to provide the best medical care and attention to the fighters. Analyzing what we do and improving our current medical policies and protocols should be an ongoing task. The more time I spend ringside, the more I realize that boxing is a unique sport for a physician to be involved in and that the odds are stacked against us ringside. In the office or hospital/ ER setting, a patient comes to us mostly voluntary seeking help and care. On questioning, he/she gives us a detailed history. The family is at times there to supplement the history. Contrast that to the ringside where on direct questioning, frequently the patient (boxer) and his family (corner) falsely deny that anything is wrong and are often upset and angry that we even dared to ask the question. After a fight is over, it is not infrequent to encounter a boxer and his corner who refuse to go to the ER for medical evaluation. “I am fine doc, I am not going” is the deviant answer. These boxers and their corner staff fail to appreciate that symptoms in some people with head injuries don’t show up immediately! (walking, talking and dying syndrome). That is the reason why physicians recommended to observe people after a head injury for 24 hours.

When I last checked, none of us physicians have X-ray vision so how are we expected to make a medical call from a distance without the benefit of an honest history or a quick examination? Many do not realize that once a brain bleed has occurred and the pupils are unreactive (fixed) and dilated, there is precious little we physicians can do ringside to “save” that athlete. Even if that athlete reaches the hospital alive in a timely fashion as a result of our collective efforts, the resulting decompressive surgery is carried out as a last ditch palliative life-saving procedure. That athlete shall never be the same again and will have significant residual neurological deficits. Our goal should be to prevent such a devastating injury from ever occurring in the first place and not just to manage it after it has unfortunately occurred.

A few years ago, I wrote a short letter titled “Boxing can be made safer” in response to an editorial in a leading neurology journal calling for a ban on boxing and MMA. I argued passionately that boxing and MMA can be made safer with improved medical policies designed to protect the health and safety of the combat sport athlete. I still stand by my stated position that boxing can be made safer but the change has to come from inside. In the National Football League (NFL), the culture has already changed from a previously held view of “suck it up and shake it off” to one of “if you feel something, sit it out”. Athletes are now encouraged to report their symptoms of concussion/traumatic brain injury (even if minor and subjective) to the athletic trainers and doctors on the sidelines.

The word “No mas” (Spanish for “No more”) gained boxing notoriety when Sugar Ray Leonard fought Roberto Duran II on November 25, 1980. At the end of the eighth round Durán turned away from Leonard towards the referee and quit by apparently saying, “No más”. Duran’s stature was never the same again after he uttered those 2 words. Over the years, the boxing culture has evolved to one of never saying “No mas”. The fighter’s mentality is never to quit no matter what the circumstances. Doing so brings disgrace to the fighter, his family and his corner. This mentality and culture needs to change, Boxers and corner staff should be educated and encouraged to actively recognize and report to the ringside physician any subjective symptoms of concussion and TBI such as headache, subjective feeling of dizziness or light headedness, blurring of vision, double vision, confusion and a feeling of fogginess. “When in doubt, sit it out” is not equivalent to “No mas”. “For he that fights and walks away, may live to fight another day” historically attributed to Demosthenes, a Greek orator should be the new mantra of boxing. There is no shame in this; just smartness.

Coming back to the fight I stopped. The boxer when checked post-fight had a mini mental status examination (MMSE) score of 19 down from a previous documented score of 25 recorded at the
time of the weigh-in physical. And this was when checked at least 15 minutes after the fight was over. He was obviously concussed and I had made the right call to stop the fight on medical grounds.

The boxing culture needs to change and this change shall come over time with education. As physicians it is our duty to educate the boxing community and I hope physicians who practice ringside medicine shall join me in this effort.

Together we can make a difference and making boxing safer.