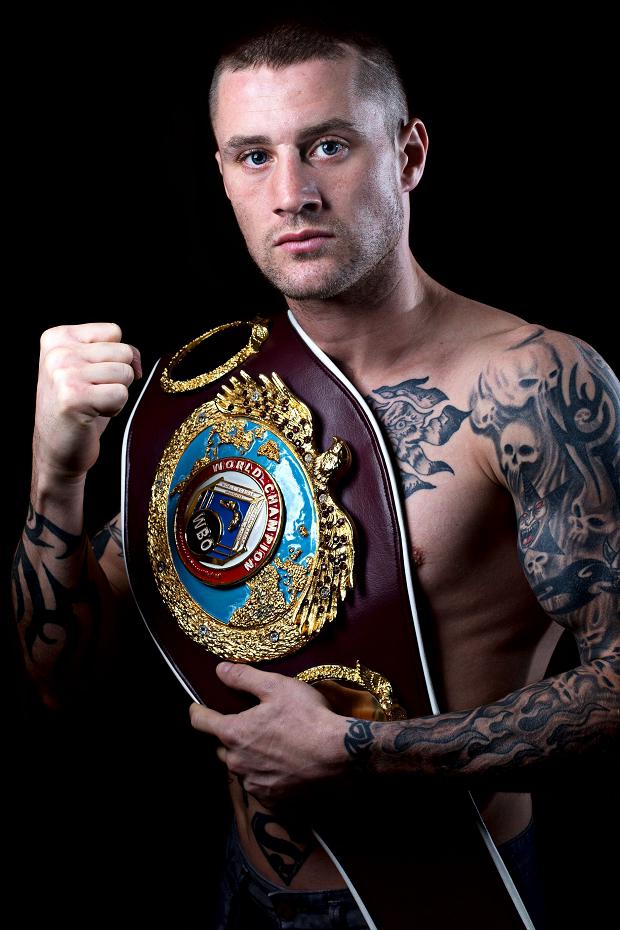 Ricky Burns says he will thrive as the 2:1 underdog in his WBO World Lightweight title defense against Terence Crawford at the sold-out SECC in Glasgow tomorrow night, live on AWE TV. Burns fights in his tenth World title bout against the unbeaten American, who travels to the UK with a 22-0 record with 16 wins inside the distance and the label of the USA’s next big boxing star.

Burns insists he has no interest in what the bookies have to say about the fight though, having reached this incredible feat of ten World title fights against the odds from his very first win against Roman Martinez in September 2010. “I don’t look at who is the favourite, that sort of thing doesn’t concern me,” said Burns. “I’ve been written off before, I’ve been the underdog in a few of my biggest fights and it brings out the best in me, and hopefully this is the same case. I’m under no illusions; this is a very tough fight. He’s an up and coming star in America, he’s 22-0 with 16 KOs, so we’re up against it, but fingers crossed it’s another one of these fights where I will rise to the occasion.”

Crawford boxes outside the US for the first time in the paid ranks, and the clash also represents his first 12-round fight. The American has banked 81 rounds in his pro career, the same number Burns has boxed in his World title fights to date, and 200 fewer than the Scot – and the defending champion says that experience could be a key factor as he aims to thrill his hostile home crowd.

“As the fight goes on, I know what it feels like when things aren’t going your way in a World title fight and what it takes to grind it out and dig in for a result,” said Burns. “In all his fights he’s been able to do what he wants, because he is such a slick boxer, he’s getting in and out, likes to wait on you and get his counters in – how is he going to like it when I am in his face for 12 rounds at a pace that he is not used to? I know when it comes down to it, I can go to war at full pelt for 12 rounds, and we’ll see if he can match that.

“It’s always great fighting in Glasgow – how is he going to react walking first into the packed SECC? It’s going a sell-out and the atmosphere will be electric, I can’t wait. How will he cope with the pressure and the fans booing him? We can only wait until the night, and once the bell goes it just comes down to us. I don’t need to ask the fans to roar me on because they are unbelievable and they do it for every fight.”

Joshua’s fellow Olympic medallist Anthony Ogogo is in action, Caldercruix Super Middleweight David Brophy looks to build on his 9-0-1 record on the bill, Glasgow Super Featherweight Michael Roberts can move to 14-0 with a win, former Team GB starlet Martin J. Ward is in six-round action while there is a trio of Scottish talents in four-round bouts in 20 year old Irvine Super Featherweight Ryan Collins, Wishaw’s Bantamweight Scott Allan and a debut for Glasgow’s Lightweight Ryan Smith.