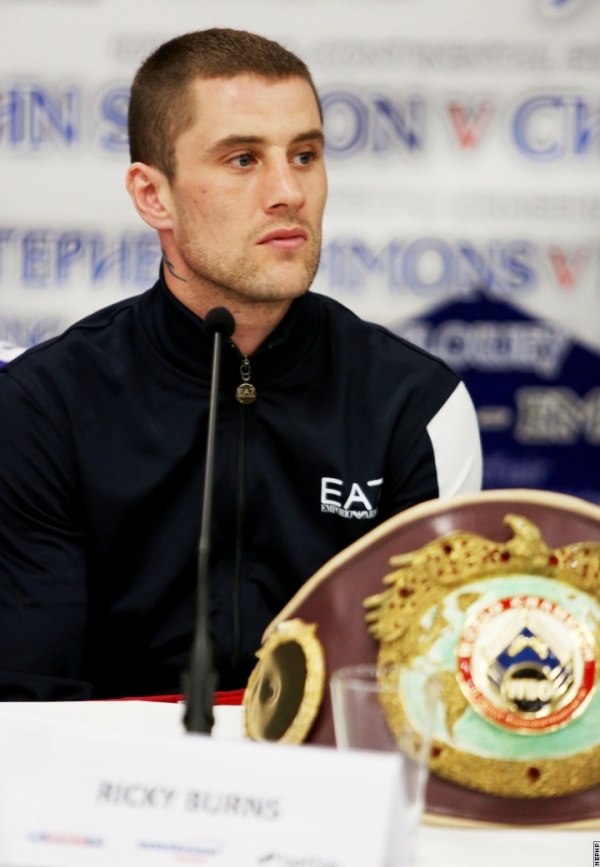 Coatbridge fighter ‘firing on all cylinders’ for Beltrán clash

Ricky Burns has warned challenger Raymundo Beltrán that he will be at his best when he defends his WBO lightweight title at the Glasgow’s SECC in September.

Beltrán will be Burns’s fourth defence of his crown and, after surviving a stern test against José González in May, the Coatbridge star is planning to put on a world class performance to prove the doubters wrong.

Burns said: “I’ve watched the fight back a few times, I saw that I was trying to force the pace and I was getting caught with stupid punches that I shouldn’t have been taking.

“For this training camp we’ve gone back to basics and although I’m prepared to get into a brawl against Beltran if I need to, I’m going to try to stick to my boxing skills. Preparation has been going great and with five weeks to go I cannot wait to get in there.”

Mexican 32-year-old Beltrán enters the fight on the back of three wins and Burns knows he needs to dispose Freddy Roach’s charge in style ahead of any talk of a unification clash in the USA.

“I am expecting a very tough fight,” Burns added.

“He’s got a few losses on his CV, but they are against top level opponents so we know what to expect, and he has not been a sparring partner to Manny Pacquiao for all these years for nothing. I’ve seen him fight before but since the fight was announced I haven’t watched anything of him, I’m just going to go out and stick to what I do best to get the win and then look at the big unification fights out there.

“I still have to go out and put in a good performance against Beltrán to make them happen. I keep telling everybody that even though it’s been mentioned that I might fight in America at the start of next year, I am not looking at that, I know I have to take it one fight at a time. Raymundo is a great fighter, boxing fans know that and it’s going to be a great fight and the fans in the SECC in Glasgow are going to have a great night, and I’ll be putting in the type of performance that I should’ve done last time.”

The Burns versus Beltrán clash tops another excellent boxing card in Glasgow, with Olympic gold medallist Luke Campbell boxing for the second time as a pro, joined by John Simpson, Stephen Simmons, and David Brophy, who all fought on the undercard ahead of Burns’s last fight in May.