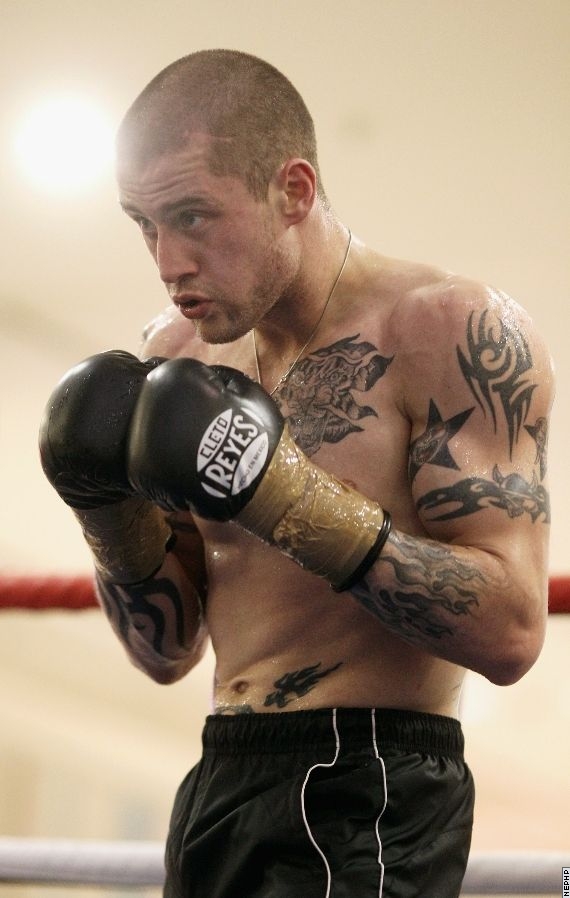 Burns, 30, has seen very little of Gonzalez’s fights because there’s so little footage out there for him.

This means that Burns is stepping into the unknown against the hard hitting Puerto Rican Gonzalez, and that’s not what you want when you’re a light puncher like Burns because Gonzalez has the kind of power where he can take the judges out of the picture by knocking Burns out and rendering Burns’ hometown advantage meaningless.

Burns said to fightnews.com “His knockout ratio doesn’t concern me at all, When I fought [Roman] Martinez he was knocking everybody out and after the first round when I got caught clean I was fine.”

There’s a big difference between the weight drained Roman Martinez and the hard hitting Gonzalez in terms of power. Martinez was weight drained when he fought Burns three years ago in losing by a close 12 round unanimous decision in Scotland. Gonzalez won’t be weight drained and he’s a much harder puncher with either hand compared to Martinez.

The fights I’ve seen of his, I’ve been very impressed with his power. Gonzalez doesn’t have to throw many punches to knock his opponents out. He generally lands one big shot with either hand and his opponents are in deep trouble.

You can say that Gonzalez’s opposition hasn’t been that great, but you can also say the same thing about Burns. He’s faced some pretty awful fighters even while he’s held the WBO super featherweight and lightweight titles.

Gonzalez’s best opponents thus far are Joseph Laryea, Eddie Soto, and Fernando Trejo. Gonzalez destroyed Laryea in a 3rd round TKO last year in July. This is the same fighter that Burns stopped in the 7th round. As you can see, Gonzalez took him out much faster than Burns. That suggests that Gonzalez has major power that could give Burns a lot of trouble.

The thing with Burns is he does a heck of a lot of holding and running when facing a big puncher. Look at his wins over Michael Katsidis and Paulus Moses. Burns was all over both of them, holding on for dear life, and running like no tomorrow.

It was so painful to watch both of those fights because you’re just wondering why the referees were letting Burns hold so much without taking off points in both fights. If you were to make a film in how to not fight, those fights would be perfect examples because those were good fights to get you ready to go to sleep or turn the channel to something more interesting.