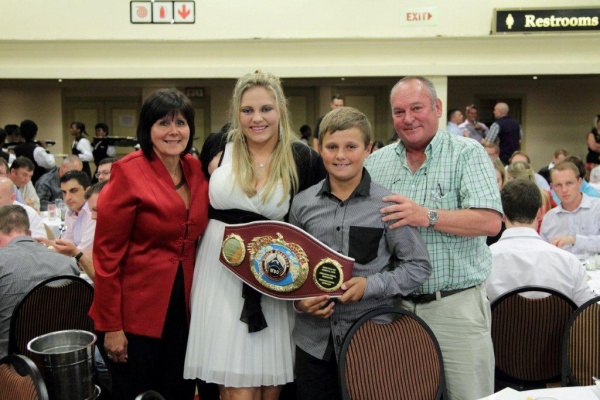 A tournament was held in Johannesburg, South Africa on December 3rd to raise funds for the children of the late Corrie Sanders.  The tournament was put together by Rodney Berman of Golden Gloves, South Africa’s top promoter and Jeff Ellis, publisher of the African boxing magazine, ‘African Ring’.  The WBO donated a special belt that together with other boxing memorabilia was auctioned off that evening.  With the proceeds, a special fund for Corrie’s children was set up.

Photo below:  The Buyer of the belt with Corrie Sanders’ son and daughter.