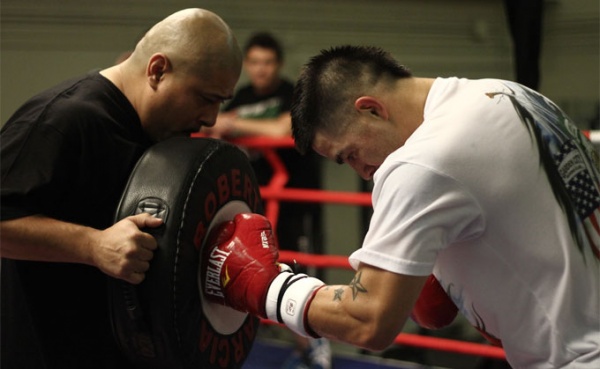 Brandon Rios: No pressure on me – I’ll be putting pressure on Pacquiao on fight night November 23 Today in Macau, a reporter asked Brandon Rios about “…all of the pressure going into a fight against Manny Pacquiao.”

“No pressure on me,” Rios said at his daily workout. “I’ll be the one putting all of the pressure on him November 23. I’m retiring Pacqiuao. I said it before and I’ll say it again – Pacquiao’s time is over. Marquez took the last bit of life out of him. I’m going to get all of that Manny Money when I win and get ready for my next fight.”

Rios worked the mitts with chief trainer Robert Garcia, then worked on a heavy bag, then the speed bag at the gym inside of the Venetian Macau.

On Friday, Rios will have his last day of sparring against lefthander Erick DeLeon of Detroit. “I’ve been training five months, the longest camp of my life,” Rios said. “But this work is what it takes to win a fight like this.”