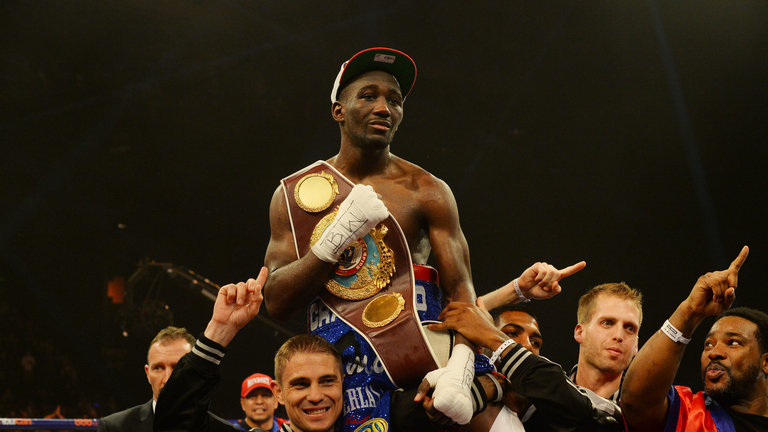 Crawford dominated for 12 rounds, switching to southpaw at times to land shots, and making Mexico’s Beltran miss before counterpunching effectively.

The American pushed for the knockout in the final round but Beltran managed to hang on and landed a few hooks to keep the champion at bay.

Undefeated Crawford, who relieved Scotland’s Ricky Burns of the WBO title in March, extended his record to 25 straight wins.

“I felt he was slowing down,” said American Crawford, who was fighting in front of his hometown crowd at the CenturyLink Center arena in Omaha, Nebraska. “I didn’t want to get careless. I just stuck with what was working.

“I saw his eyes swollen but I just stuck to the game plan.”

Crawford, who came into the ring almost 20 pounds heavier than at the weigh-in, wants to move on from the 135-pound division to 140 pounds.

Crawford landed 243 punches compared to just 96 for Beltran and also had a big lead in total punches thrown, 436-162.

Despite all the punishment he was taking, Beltran (29-7-1, 17 KOs) continued to plough forward and even had enough left in the tank to make it an entertaining 12th round.

“I prayed to God to give me the strength, but I forgot to pray to take it away from him,” Beltran said.

Russia’s Evgeny Gradovich kept his world title after fighting Jayson Velez to a draw in their featherweight fight on the undercard.