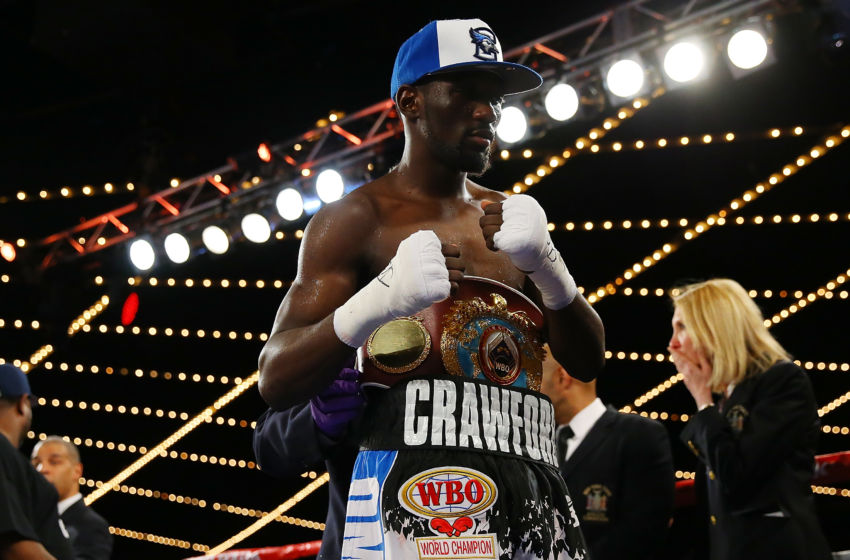 The Boxing Writers Association of America (BWAA) will be listing on a bi-monthly basis its top-10 pound-for-pound fighters in the world.

WBO’s World Jr. Welterweight Champion Terence Crawford was officially voted as number one –on list of boxing’s pound –for-pound best, which is selected by BWAA members from respected news outlets and is broken down based on a descending points system, with a first-place vote receiving 10 points, a second-place vote receiving nine points and so on. Ties go to the fighter with the highest submitted ranking, then the one with the most votes at that ranking.

With Andre Ward (WBO’s Light Heavyweight Champion) announcing his retirement, Crawford, the undisputed junior welterweight champion, jumps from No. 4 to No. 1.

The split-draw between Gennady Golovkin and Canelo Alvarez changed the standing of both fighters. In the BWAA’s original list, “GGG” was right behind Ward as the No. 2 fighter, but sunk to No. 3, while Alvarez, who many respected ringsiders felt lost to GGG, moved from No. 5 to No. 4.

Lightweight Mikey Garcia debuts at No. 6 while undefeated Japanese Naoya Inoue, holder of the WBO Junior Bantamweight belt enters at No. 9, each fighter filling the vacancies left by the retired Ward and Gonzalez.

The shuffle also elevates welterweights Keith Thurman and Errol Spence Jr. to seven and eight, respectively, and junior featherweight Guillermo Rigondeaux from No. 8 to No. 5. Sergey Kovalev, meanwhile, falls from No. 7 to No. 10.