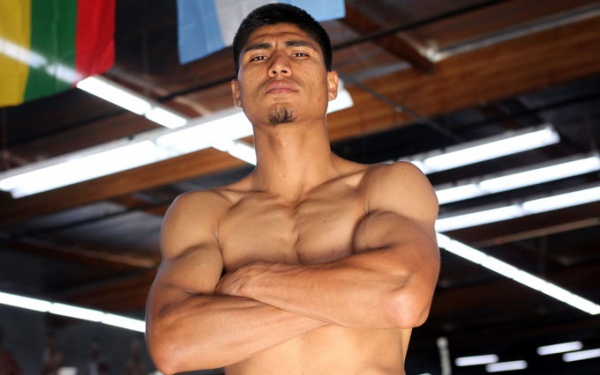 The bout, said Arum on Wednesday, will happen on Jan. 25 at New York’s Madison Square Garden on HBO.

“That is done for Madison Square Garden,” said Arum. “The contracts were sent out today.”

Garcia (33-0, 28 knockouts) is coming off an eighth-round knockout of Roman “Rocky” Martinez  last month that earned him the belt and represented his 10th stoppage victory over the course of his past 11 fights.

It was the second major title in a second weight class for Garcia, who earned THE RING and WBO featherweight titles in January by beating Orlando Salido, whom he dropped four times en route to an eight-round technical decision.

Garcia followed that victory up with a fourth-round knockout of ex-belt holder Juan Manuel Lopez in June, and could next face Burgos, who battled Martinez to a split-draw on the Garcia-Salido card.

Lem Satterfield can be reached at lemuel.satterfield@gmail.com