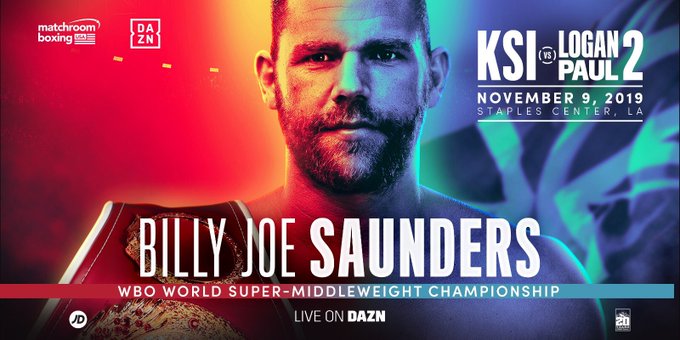 It will also mark the British boxer’s American debut.

Eddie Hearn promised that legitimate boxers would be on the KSI-Logan Paul 2 card on Nov. 9. Well, the Matchroom Boxing president just delivered.

Hearn announced Friday that Billy Joe Saunders is set to defend his WBO Super Middleweight title in his American debut as part of the card on DAZN. Saunders’ opponent is slated to be announced next week.

Saunders scored a unanimous decision over Shefat Isufi in May to be crowned the WBO super middleweight champ, making Nov. 9 his first title defense. Perhaps the internet-driven KSI-Logan Paul 2 audience will warm up to Saunders, considering the 30-year-old has one of the most colorful personalities in boxing.

The next big question: who will Saunders be facing?