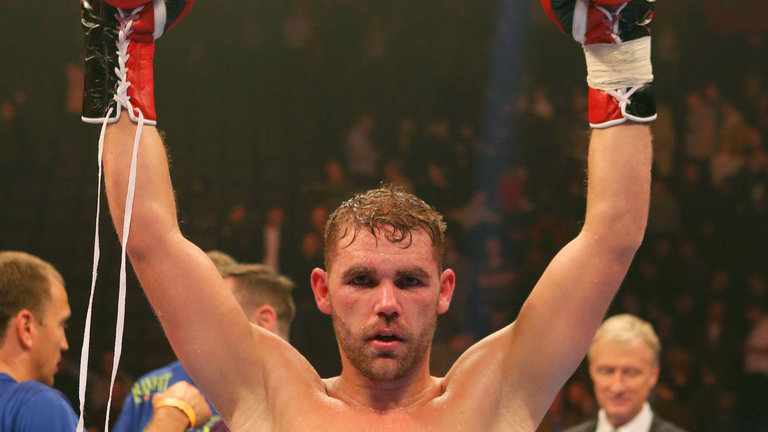 Billy Joe Saunders is the new WBO world middleweight champion after defeating Andy Lee at the Manchester Arena on Saturday.

Saunders, 26, was awarded a close points decision by the judges to extend his unbeaten record to 23-0-KO12.

Defending champion Lee, who won the title against Matt Korobov in Las Vegas last year, was knocked down twice by Saunders in the third round – a 10-7 round which proved pivotal.

One of the judges scored the fight level at 113-113 but was overruled by the other two, who scored it 114-112 and 115-111 in favour of Saunders, giving the British fighter a majority decision victory.

The pair began the bout in tentative fashion with the first two rounds passing off without major incident.

The fight burst into life in the third round after Lee connected with a solid straight left. Saunders then caught his Irish opponent with a powerful right hook which floored the 31-year-old.

Lee looked vulnerable when he returned to his feet and was soon on the canvas again after Saunders connected with another hook. The defending champion took the majority of the count and held on to survive the round. He then recovered to take the next round after some good work with the jab.

Saunders and Lee continued to trade subdued rounds as the fight slipped back into a tense standoff between two evenly matched fighters.

Both boxers seemed wary of the other fighter’s punching power and neither was able to connect with any telling blows in the final rounds.

“But I used his power against him. When I was boxing him he got a little bit careless – dropping his lead hand and I caught him with the hook.

“I’m not going to start running my mouth but it was a good shot. With someone as fast as me you’ve got to keep your hands up – I’m not the biggest puncher in the world but this shows you that I can punch.

“Lee showed that he can be dangerous. He actually caught me on a shot when I tried to finish him. I thought, ‘I won’t rush’ and I got back to my boxing and recuperated.

“When I put him down twice I knew he had to come and that’s when I had all the time in the world.”