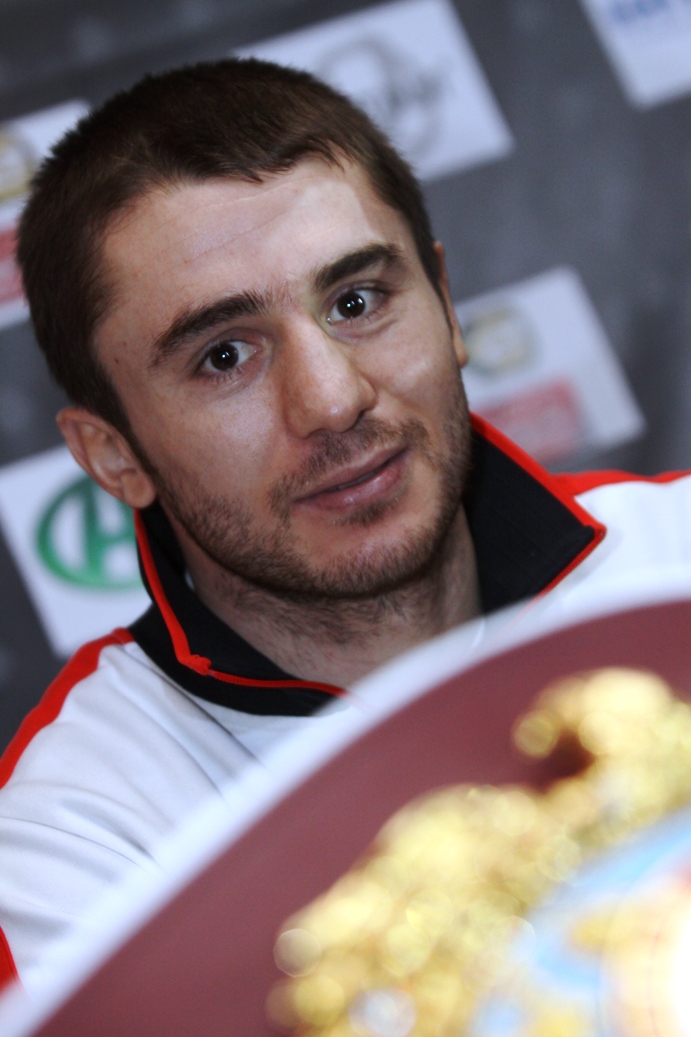 Baysangurov-Konecny Given Until June 4 To Reach a Deal The World Boxing Organization has given Zauerbek Baysangurov and Lukas Konecny until June 4th to reach an agreeement – or else a purse bid will be ordered.  Baysangurov (27-1, 20KOs), the WBO’s junior middleweight champion, retained the title last Saturday in Brovari with a twelve round decision over Michel Soro. Konecky became the WBO’s interim-champion and mandatory challenger in April when he stopped Salim Larbi in seven rounds.

If it goes to purse bid, the minimum acceptable bid is $200,000, and the purse division shall not be greater than an 80/20 and shall be calculated by the championship committee using a ratio based upon the average purse of each fighter’s last three (3) fights.