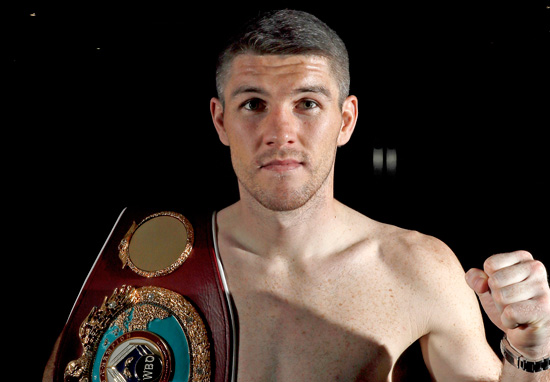 I BACK BEEFY TO BRING HOME THE BACON Liam Smith didn’t need asking twice when it was suggested that he might like to defend his title against a certain Saul ‘Canelo’ Alvarez, live and exclusive on BoxNation. 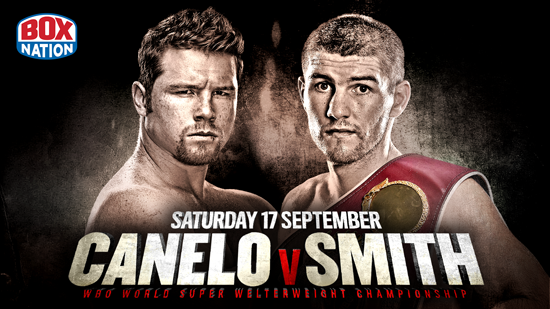 The Mexican superstar detonated a bomb on the chin of Amir Khan last time out and now, of course, the question everyone will be asking is whether Beefy can avoid a similar unhappy landing.

He thinks he can – and so do I. Otherwise we wouldn’t take the match. I think he has a really good chance to beat Alvarez.

Obviously this is a tough fight against one of the world’s greatest boxers, but at this stage of his career he needs a challenge and Beefy certainly won’t duck a challenge.

What he has going for him is his self-belief, the fact that he is natural at the weight and he has a far stronger chin than Amir and is nowhere near as reckless. He is not going up two weights as Amir did, but I think he is one of the best young fighters around and is not in the least fazed about stepping into the ring with the great Canelo.

The worst thing that can happen for him is that he gets beat, but that would be by no means the end of the world for him, or other world title fights. Unlike Amir, he is not nearing the end of his career, he is young enough and resilient enough to come back.

However, I actually think he has the tools to do the job. He is a cannier fighter than Khan and, indeed, other super welterweights. He has stealth and style, along with a mean streak – and he can bang.

Unfortunately Amir didn’t carry the punch power at the weight but, this time, against another Brit, I think Canelo will have his hands full and will discover that Smith’s style has often been likened to that of a Mexican.

Against Canelo you need to be able to put it on him and we know he can be taken the distance, as Matthew Hatton will confirm. What’s more, Liam is a good body puncher and he always seems to rise to the occasion, the better the opponent.

He’ll revel in the atmosphere, believe me, and you never know, the way he rifles in his shots like a smiling assassin, he might just enjoy the last laugh too.

You can see that action live on BoxNation on September 17th.