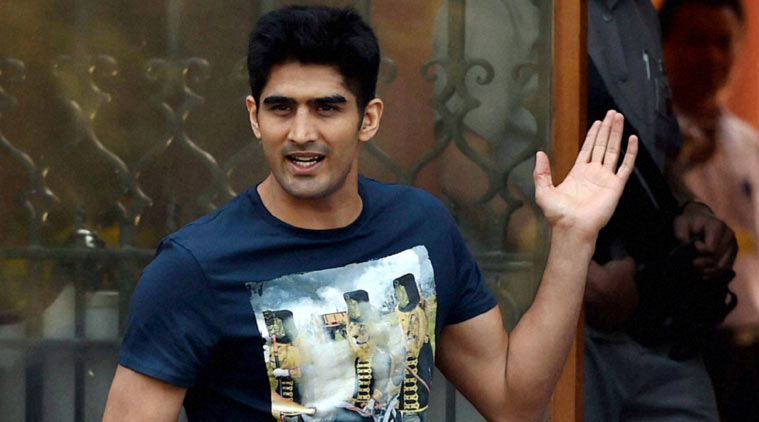 Vijender Singh’s opponent Matiouze Royer is from Bayonne in France and is a veteran of 44 fights with 14 wins.

The unbeaten Indian, who has won all his previous four bouts via knockouts, will fight on the undercard of Billy Joe Saunders’ world title defence against Max Bursak at Stratford’s Copper Box Arena.

Royer, 29, is Vijender’s most experienced opponent to date. The six-footer from Bayonne in South West France is a veteran of 44 fights with 14 wins and has tested himself against top super-middleweight talent including WBO European Champion Jamie Cox who he lost out to on points back in 2013.

Royer has 250 gruelling rounds under his belt compared to Vijender’s nine.

Vijender, 30, will be eyeing victories on April 30 and at Bolton in May before setting his eyes on an Indian homecoming in June.

“I’m thrilled to be fighting on the same card as the WBO World Middleweight Champion Billy Joe Saunders. Saunders is in the position that I want to be in one day, the middleweight champion of the world. It will be my first time fighting in the capital of England and I can’t wait to show the people of London my explosive power,” Vijender said.

“2016 is shaping up to be a massive year for me. I have a busy few months ahead of me and will be looking to carry on my KO streak with another big performance against Royer. He’s an experienced fighter so I’ll need to be at my very best to overcome him. Once I’ve dealt with him I’ll be looking ahead to my next date in Bolton before gearing up for my massive homecoming in India this summer,” he added.

Vijender’s India debut is scheduled for June 11 and he will be fighting for the WBO Asia Pacific title belt against a yet-to-be-named opponent.