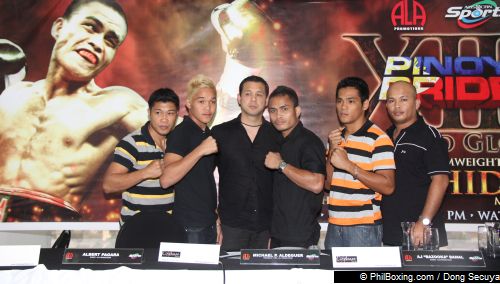 But the favourite question among the sportswriters was if Banal can fight for a world title this year.

“We are not treating this as a mere tune-up,” ALA Promotions CEO Michael Aldegeur said, “You can never underestimate a Mexican fighter. Yes, AJ is nearing a title fight and we’ll assess after this fight. We are also looking at the possibility of AJ fighting on the undercard of a Nonito Donaire fight in the U.S.”

Banal for his part said, “I am satisfied with the results of my last two fights. My confidence is back. I have prepared long and hard, I’ve been in the gym since December. I will not look past Hidalgo. He could be better than his record.”

Banal is the number ranked contender in the WBO. The reigning champion, Jorge Arce, of Mexico, has been reported to be planning another move up in weight.