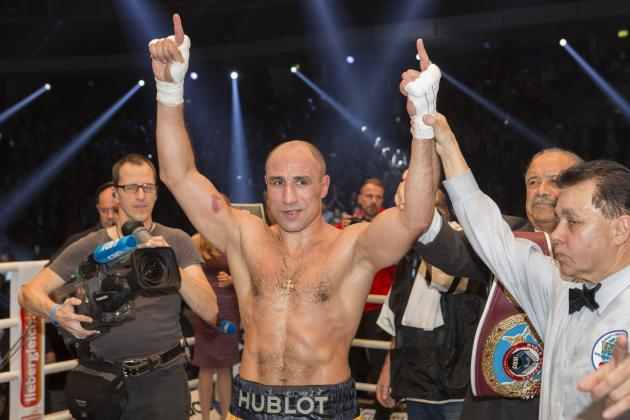 It’s been nearly five years since WBO world super middleweight champion Arthur Abraham fought outside of Germany, where he’s made his home for most of his life.

His last boxing venture abroad was at the Home Depot Center in Carson, California, where he lost to Andre Ward via unanimous decision. It was his third loss in four fights, but Abraham rekindled his career by setting up shop in Germany and becoming the fighter to beat in the super middleweight ranks.

With his reputation in Europe firmly established, the Armenian-born Abraham is returning to the United States for a high-profile title defense on the undercard of the Manny Pacquiao vs. Timothy Bradley Jr. rubber match at the MGM Grand Garden Arena in Las Vegas.

Undefeated up-and-comer Gilberto “Zurdo” Ramirez will be looking to dethrone the battle-tested Abraham, who presents by far the toughest challenge of his promising career. The 24-year-old is looking to become the first Mexican boxer to win a super middleweight title.

“That’s why you work so hard,” Ramirez told ESPN.com’s Dan Rafael through a translator. “You don’t want to just be a guy. You want to be a special fighter. The opportunity to be the first Mexican super middleweight champion is added motivation for me. It really means a lot.”

Here’s the viewing info and odds for the super middleweight clash.