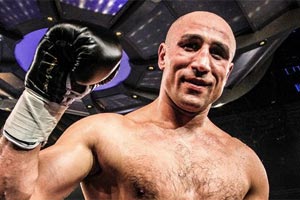 To this reporter, Abraham sealed the win with a strong finish. Abraham had a controlled strategy and paced himself carefully while Smith waited and allowed the champion to dictate the pace. Smith had a good start working well off the jab but Abraham had a good fifth and from then on the Englishman had problems getting into the fight. Abraham showed a good jab, but Smith often targeted the body with very good hooks.

The many Brits in attendance bood the decision and it did indeed looked closer than the judges had it but Abraham was the stronger man in the championship rounds.