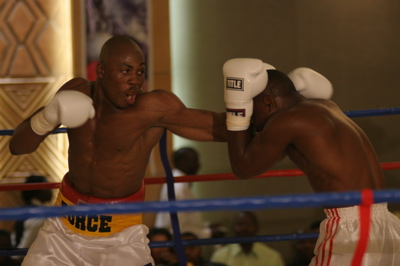 Nestor Tobias was awarded the WBO African Promoter of the Year for the second consecutive year. He staged four events this year alone, which involved eight WBO Africa title fights.

Five Namibian boxers are on the list of the 14 WBO Africa champions.

WBO Africa bantamweight champion, Paulus Ambunda is the highest ranked Namibian on the WBO ranking with a rating of three in the world after 17 unbeaten fights.

WBO Africa welterweight interim champion, Betuel Uushona is ranked 11th in the world with a record of 26 fights with one loss.

Wilberforce Shihepo, who is the WBO Africa super middleweight titleholder is rated 11 in the world and has a record of 16 fights and 6 losses.

Immanuel Naidjala is the WBO Africa bantamweight interim champion and is rated 15th in the world. He is still unbeaten after 11 fights.

The WBO lightweight champion, Martin Haikali is still not ranked but has a record of 10 fights with four losses.

Braimah Kamoko from Ghana is the WBO Africa Boxer of the year. Ambunda was last year’s recipient of the award.

Kamoko was responsible for Vikapita Meroro losing his light heavyweight title earlier in the year in Accra, Ghana.

“There is no doubt that the WBO Africa title is the most contested on the continent in comparison with other African continental belts,” Smale said.

“The WBO Africa title has been contested 22 times this year alone in Namibia, Ghana and France. All other organisations together could only muster seven in total,” he added.