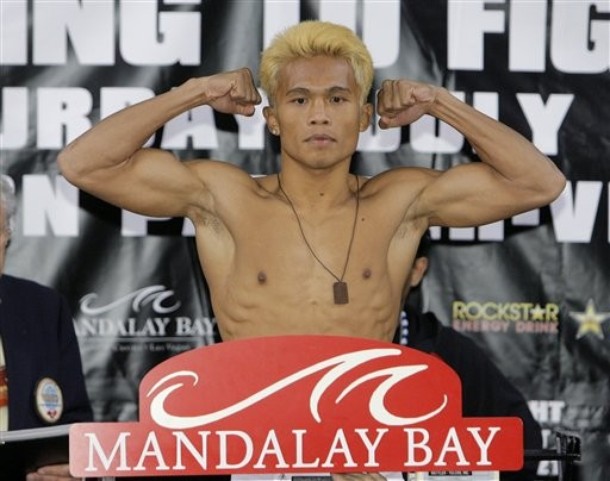 The 26 year old Amonsot who has a record of 22-3-1 with 12 knockouts last fought on September 23, 2010 when he scored a 2nd round knockout over Thailand’s Sirichai Ekchumpol for the vacant WBO Asia Pacific title in a bout where the THai fighter was given a standing eight count in the opening round.

The 26 year old Colomban who is from Cameroon and fights out of Melbourne, Australia is regarded as a tough opponent with a solid record of 20-3 with 10 knockouts.

Colomban won the vacant WBO Africa title on November 27, 2010 with a twelve round split decision over Steve Heremaia and won the WBO Oriental welterweight crown wit a 4th round TKO of Thai fighter Sapaptch Sor Sakaorat last April 8 in which he dropped Sakaorat twice in the 4th round.

Amonsot who suffered a slight bleed outside the brain following a bloody ring war with Australian Michael Katsidis in a WBO interim lightweight title fight in Las Vegas on July 21, 2007 used to fight for the ALA Gym.

Amonsot returned to the ring at the Waterfront Hotel in Cebu where he won a unanimous ten round decision over Jesus Singwancha (Muzaka) from the Congo who was nicknamed “The Black Tiger.”

However, after a subsequent accident at his workplace ALA boxing patron Tony Aldeguer, concerned about Amonsot’s safety refused to allow him to fight again.

Amonsot decided to go to Australia and has been fighting there since then.