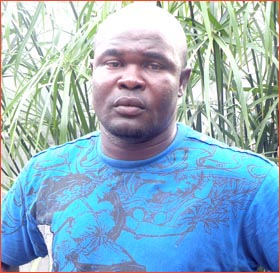 World title hopeful Braimah Kamoko may finally be getting the recognition for a crack at the WBO Light heavyweight belt when he receives the WBO’s African boxer of the year award later this month.

Kamoko, famously called Bukom Banku has been nominated for the top award which will be given out at the WBO Congress slated for Puerto Rico October 24 to 29, ALL SPORTS can exclusively reveal.

It is an opportunity Banku relishes to state his case for a fight against incumbent world titlist Nathan Cleverly of Ireland who only last Saturday successfully defended the title against Briton George Bellew in what should have been a fight with the Ghanaian hot prospect.

“I say I’m ready to be the world champion and not even Nathan Cleverly can stand in my way. You know he is running away from me but I don’t think he can continue to hide,” a frustrated Bukom Banku says.

Bukom Banku who fights under promotional outfit Golden Concepts will be travelling for the WBO Congress with the GoldenMike Boxing Promotions team which will be led by Ghana Boxing Authority (GBA) Board Member Henry Manly-Spain and includes CEO Michael Tetteh, Benjamin Okai and Emmanuel Commey.