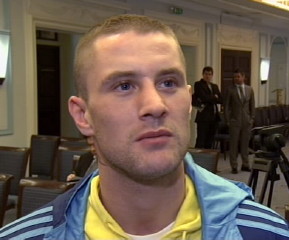 Ricky Burns: Where Next? The 5th of November saw Scotland’s Ricky Burns beat the hard hitting Australian Michael Katsidis via a unanimous decision to become the World Boxing Organization (WBO) Interim Lightweight champion in what was a good performance.

Ricky used his jab well and covered up during Katsidis’s attack which was pretty relentless for twelve rounds. A lot of fans and experts were expecting Burns to lose.

The question a lot of people have asked me is. Who does Ricky fight next? There are a few options out there for Ricky he could face either IBF Champion Miguel Vazquez or WBC Champion Antonio Demarco and go for a second world title.
My choice would be for him to face Kevin Mitchell in a fight which would be a great domestic fight. It is a fight that is easily able to put together as both fighters are promoted by Frank Warren. The venue is a tricky choice in my opinion it would most likely be held in London at the o2 Arena or Wembley Arena.

This has the potential to be a great fight would do nice to top a bill with a strong undercard. Who do I think would win? Personally I think it depends on Mitchell’s mental state if his head is in it then for me he wins the fight. I like Ricky Burns a lot I’m proud for the contribution he has made to British boxing and it was a shame he didn’t win the British boxer of year award.