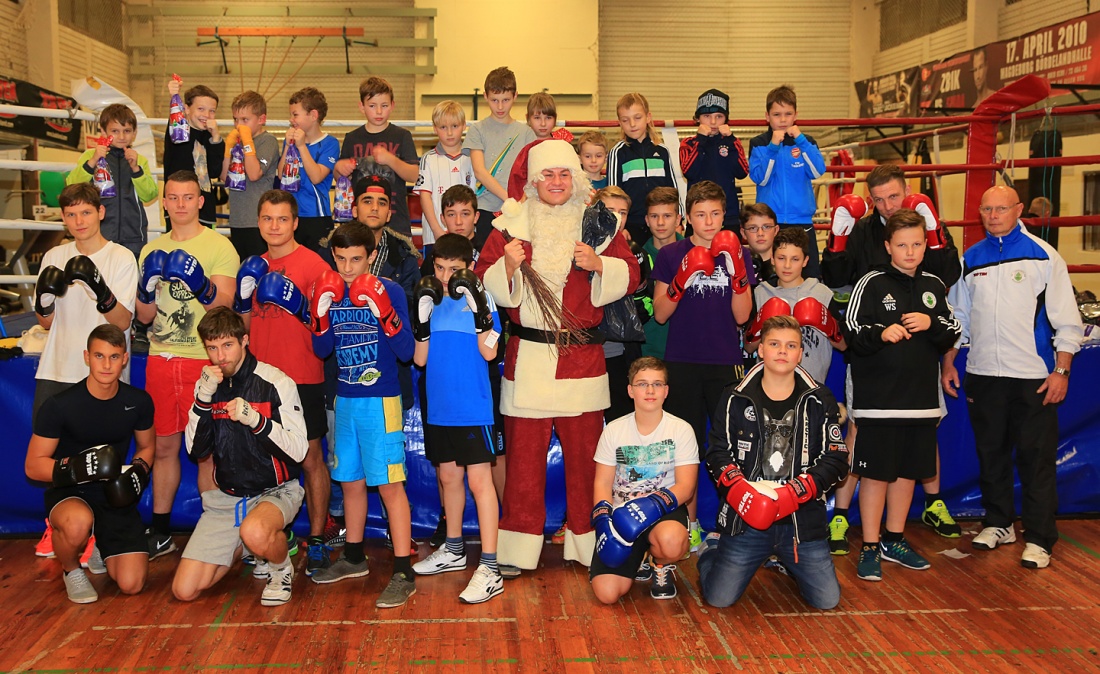 In a common action the SES equipement partner TopTen and SES Boxing have given young talented boxers their first own boxing gloves! WBO-Inter-Conti Champion Dominic Bösel and WBO Youth World Champion Tom Schwarz played Santa Claus. With a special thanks to Budoland/TopTen all the young boxers and kids of the boxing clubs SV Lindenweiler/Magdeburg, BSG Halle (Saxony-Anhalt) and Box-Club Döbeln (Saxony) were given a pair of TopTen training gloves. And who were the Santa Claus on this Christmas celebrations? WBO Light Heavyweight Inter-Conti Champion Dominic Bösel and the WBO Youth World Champion in the heavyweight division Tom Schwarz! They aren’t only donating the younger generation these over 100 pairs of boxing gloves – both also notice to be an idol for their sport in this young and talented generation!
In this special action shortly before Christmas, Peter Kruckenhauser the CEO of Budoland/Top Ten (based near Munich/ Germany) and SES Promoter Ulf Steinforth causes a lot of luminous eyes!