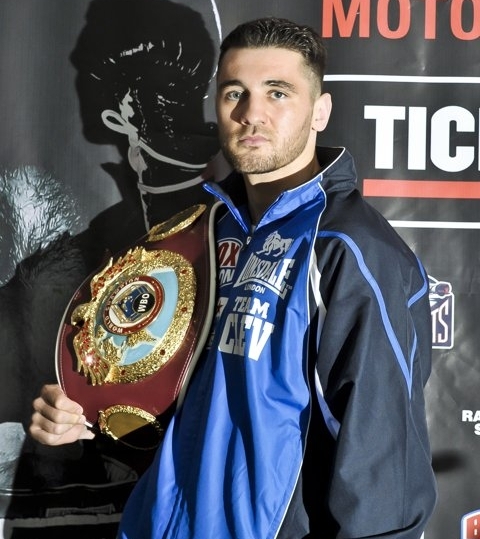 Cleverly: Beating Kovalev Will Get Me The Big Names How did you get stared in boxing & who inspired you?

I was 11 years old when I became a boxer. It was in 1997 when I sat on the sofa with my Dad and we watched Joe Calzaghe become world champion, that’s when I knew it was for me. My parents took some persuading but they understood that it was what’s best for me, I was an ultra-competitive child and it led to a few scrapes and scraps on the streets.

I was brought up in an area called Phillipstown, it’s known by the locals as Monkey’s Island and it’s in the South Wales valleys. There were few facilities and even fewer opportunities, that’s why we produce so many fighters – nine world champion boxers have been born and bred in the valleys.

My upbringing was good, I have a strong family behind me and good set of values that kept me out of trouble, most of the time! From an early age, sport was the main focus in my life. When I was 15 I became Welsh cross county running champion and I’ve always been a good footballer, I’m active in other sports but it was boxing that took over my life.

I started my amateur career at 86lbs and finished at 152lbs, winning six consecutive Welsh amateur titles in a row and taking gold at the Four Nation Championships competing against the best of England, Scotland and Ireland. My amateur record consists of 32 wins from 36 fights and I was undefeated in my own country.

When I was 18 in 2005, I decided that I’d turn professional, I’d explored all options open to me in the amateurs so it was a step of natural progression and my style suited the pros. Education has always been important to me and my family, it was at this time that I started studying a degree in Pure Mathematics at Cardiff University. I knew a degree and boxing professionally at the same time wouldn’t be easy, nothing worth doing is but I’ve always loved a challenge.

Joe Calzaghe was local and our Dads knew each other from the music circuit, it was a natural link up. For a short period the gym had three world champions and a few more domestic title holders; it was a great grounding in what professional boxing is all about.

My Dad has always been by my side and in 2008 we made the decision for him to train me with assistance from one of my old amateur trainers, Alan Davies. It started a brilliant run of form, after winning the Commonwealth title I scored seven stoppages in a row, picking up a British and European title on the way.  By this time I’d put myself on the brink of a world title and it was only then that I graduated from university and could be a full time fighter.

At this point, my game had made great improvements and everything was falling in to place but the only piece missing was the world champion. It had taken a year to get Juergen Braehmer in the ring with me and when we thought we had him, he pulled out and I was awarded the title outside of the ring.

Since then I’ve defended my title five times; fighting in my opponents back yard, coming home to a sold out arena and going out to fight in America. We’ve tried making the big fights but the names have avoided me.

It’s been frustrating but this is a massive breakthrough fight me. I’m fighting the most dangerous in the division – Sergey Kovalev. The Russian is building a big reputation in America and his punch is even bigger. Nobody else wants to say Kovalev’s name, let alone fight him but I will beat him to show I am the best light-heavyweight in the world and I will force the big names to fight me.